PETALING JAYA: Bank Islam Malaysia Bhd is seen to be undervalued by the market, but analysts believe the Islamic bank’s valuation will improve post-restructuring of its parent, BIMB Holdings Bhd

“This implies that not only is the market valuing Bank Islam at a steep P/BV discount versus what it should fairly command based on its ROE, it has also not ascribed any shariah scarcity premium as the largest pure Islamic-listed financial entity.

Meanwhile, calculations by AmInvestment Bank Research also indicated that the market is undervaluing Bank Islam at about 1.1 times book value, despite the bank’s expected ROE of 11.6% for the financial year of 2020 (FY20).

On Wednesday, BIMB announced its group restructuring, which entailed the transfer of listing status to Bank Islam, re-organisation, a share placement worth RM800mil, a scheme of arrangement by BIMB to settle its outstanding warrants as well as distribution and capital repayment.

The proposals are subject to shareholders’ and other approvals and are expected to be completed by the third quarter of 2020.

Maybank IB Research, who concurred that Bank Islam was undervalued, said its was positive on BIMB’s restructuring plans.

Upon completion of the proposed corporate exercise, the research house said Bank Islam could potentially deliver higher dividend yields and be subject to re-rating.

“The initial placement exercise (11% dilution to share capital) could dampen short-term sentiment, but in the long term, we expect enhanced value

“We also think that post-restructuring dividend yields (for Bank Islam) could potentially rise to 4.8% in FY20, from 3.8% currently, ” it said.

Maybank IB Research has maintained its “buy” call on BIMB

“We raise our target price by 45 sen to our estimated post-restructuring value of RM5.25, ” it noted.

On the other hand, CGS-CIMB Research was slightly negative on the exercise as it expects BIMB’s proposed share placement to dilute the banking group’s earnings per share for FY21 by about 5%.

“However, this is partially offset by plans to unlock value via distribution of shares of Bank Islam and Syarikat Takaful Malaysia Keluarga Bhd

(Takaful Malaysia). Ultimately, this will allow BIMB investors to hold a direct stake in Bank Islam, a pure Islamic bank, and Takaful Malaysia, compared with owning both entities via BIMB today, ” it said.

The research house left its “hold” call on BIMB unchanged, given the concern about the contraction in its net interest margin.

This was despite BIMB enjoying the strongest loan growth in the domestic banking sector.

“We prefer RHB Bank for exposure to the sector, ” it said. 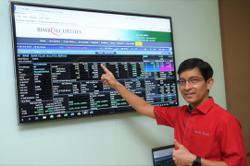 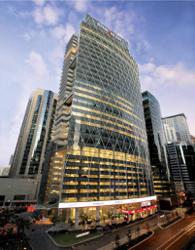