Australia is closing an iconic tourist site... why?

Sacred site: Tourists gather to watch sunset colours on Uluru, also known as Ayers rock, after a permanent ban on climbing the monolith at the Uluru-Kata Tjuta National Park in Australia on Saturday. — AFP

In the hours before climbers were permanently barred from Uluru, the world-famous red sandstone monolith that rises from the heart of Australia, the line to ascend it snaked for hundreds of feet – past a sign posted by its aboriginal owners noting that the site is sacred, and requesting that visitors refrain from climbing it.

The last-minute trekkers weren’t alone in ignoring the request. In the past year, the remote Uluru-Kata Tjuta National Park has seen a 20% uptick in visitors, producing a bonanza for the nearby resorts, restaurants and other businesses that profit from one of Australia’s signature tourist sites.

On Saturday, the climb was closed. In place of attracting hikers, Uluru’s tourism industry is evolving, creating new attractions based on the culture of the indigenous people who originally settled the area.

The concept is one of the fastest growing in the global tourism business, embraced by both consumers in search of “authenticity” and tour operators keen to provide it. For the people who have called Uluru home for tens of thousands of years, that evolution may yet offer a more just – and lucrative - future.

Aboriginal settlers came to the area around Uluru at least 30,000 years ago, and over time the landmark became central to the creation stories and spirituality of the Anangu people.

Europeans arrived in the late 19th century, but the remoteness of the site ensured it was rarely visited until decades later, when a national park was established in 1958. Tourism grew quickly, and climbing Ayers Rock, as it was then known, became a youthful rite of passage.

But the Anangu didn’t just let the land go. Over the next few decades, they lobbied for the right to reclaim it, culminating in the return of the area in 1985. In exchange, the Anangu agreed to lease the park back to the government for 99 years and to manage it jointly.

Significant problems have persisted, however. Although the Anangu receive a share of park-related revenue, it’s relatively small, especially when distributed across a community. Combined with the bitter legacy of divisive government policies, that has helped ensure that poverty remains endemic among their communities. Making matters worse, the 1985 agreement stipulated that the Anangu could only close Uluru if the share of park visitors who chose to climb it fell below 20%.That was an impossible standard as recently as the 1990s, when 74% of all visitors climbed.

But two things have since changed. First, public support for indigenous rights has risen across much of Australia. Second, tourists are increasingly interested in “experiential travel” that goes beyond just seeing or conquering a site, and instead allows a deeper, more authentic interaction with a place, people, and culture.

It’s a global trend. Recent surveys show that young travellers from China, the world’s biggest source of outbound tourists, are forgoing the “greatest hits” vacations preferred by their parents in favour of more immersive trips.

In Canada, “indigenous travel” - including Inuit-guided tours of caribou herds and urban festivals celebrating First Peoples - was a US$1.3bil industry in 2017. Australia, too, has seen the rewards: Cultural tourism has surged by an annual average of 9% since 2013, accounting for 963,000 travellers last year.

At Uluru, the experiences can vary from dot-painting workshops to Segway tours to backpacking trips into the wilderness led by indigenous guides.The impact of this kind of tourism goes well beyond economics. It can also change how travellers experience and think about what they’re seeing.

At Uluru, it has helped visitors understand why climbing such a sacred site is inappropriate. By 2010, the share of tourists opting to hike up the rock had dropped to 38%, and in 2015 it finally fell below the threshold required to ban climbing altogether.

In 2017, the park’s board voted to do just that. For the Anangu, the rise of indigenous tourism has fortunately aligned with the decades-long quest to reclaim their rights. But it doesn’t come without problems of its own. In Australia and elsewhere, there’s a fine line separating cultural tourism from exploitation.

And it’s critical to ensure that the economic dividends of this boom benefit indigenous communities, not just the contractors and agencies that partner with them. Nonetheless, Uluru’s hopeful new era is a reminder that the future of tourism could be a more inclusive, just and gratifying one – for tourists and locals alike. — Bloomberg 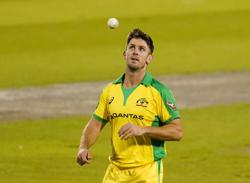