“Padini is trading at an attractive 14.5 times FY20E PER (at about five-year mean) and at only 12 times ex-net cash FY20E," Maybank IB Research said.

KUALA LUMPUR: Maybank Investment Bank Research has reiterated its Buy call on Padini as the valuations remain inexpensive at 14.5 times FY20 estimated price-to-earnings ratio (PER) while earnings could have potentially bottomed in the financial year ended June 30,2019 (FY19).

It said in its research note on Thursday this was notwithstanding its single-digit year-on-year earnings growth forecasts due to fewer new stores.

“We think there is room for stronger topline growth from its newer outlets (by gaining better sales traction), backed by sustained growth of its key/mature outlets.

“Management plans to open one to two new outlets (including overseas outlets) in FY20 (FY19: +4) at this juncture - in-line with our conservative assumption of two new stores per annum in FY20-22E (unchanged).

“Meanwhile, management is also assessing several underperforming outlets (estimated less than 10 underperforming stores in Malaysia) that could potentially be closed down in the near term, and in turn, improve Padini’s earnings.

“There were four store closures in FY19 and we understand this partly contributed to its positive same store sales growth (FY19/FY20E: +4%/+3%). 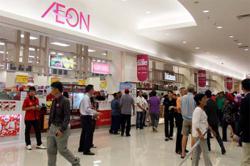 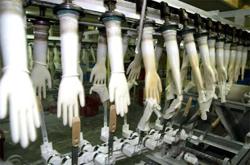