Foreign tourists to Langkawi on the rise while locals decline 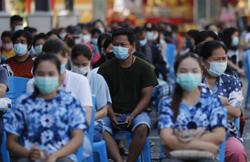 A backdrop of the Kilim Geoforest Park in Langkawi.

According to the data by Langkawi Development Authority (Lada), the island’s tourist arrivals in 2018 fell by 1.4% year-on-year (y-o-y) from 3.68 million visitors in the previous year.

Real estate agency Zerin Properties said in a report that the total international movements of the Langkawi International Airport stood at 369,307 last year.

Referring to the data by Malaysia Airports Holdings Bhd

(MAHB), Zerin Properties pointed out that international passengers from the South-East Asian region comprised the majority or 57.4% of the total international movements into the island via the Langkawi International Airport.

This was followed by passengers from North-East Asia, representing 42.1% of the total international movements.

The Kedah state government is targeting a RM9bil in tourism revenue from Langkawi by 2020, fuelled by the latest terminal expansion at the airport.

Moving forward, Zerin Properties said that several key initiatives and projects are anticipated to provide a boost to Langkawi’s tourism, both in terms of domestic and international tourist arrivals.

These include MAHB’s RM5mil Langkawi International Tourism Promotional Fund, which is expected to facilitate the marketing and promotion of Langkawi as an attractive destination.