Major central banks have eased their monetary stance from accommodative levels while the weak US economic data has pushed the MGS yields to their multi-year lows, according to Malaysian Rating Corp Bhd (MARC) in its monthly bond market and rating snapshot report.

The MGS benchmark yield curve continued to be bull flattened with both the 20-year/three-year and 10-year/three-year MGS yield spreads narrowing to 34 basis points (bps) (May 2019: 38 bps) and 77 bps (May 2019: 89 bps). Meanwhile, bond analysts and economists concurred that the momentum in the Malaysian bond market was picking up after two consecutive months of foreign net outflows, while the local currency may face renewed pressure.

They expected the local currency to hover between RM4.00 and RM4.20 to the US dollar by year-end.

Ambank Group said continued external headwinds were expected to add more downside pressure on the ringgit, with the downside likely to touch 4.20% by end-2019.

Downside pressure on the ringgit was also expected to come from domestic challenges such as weaker-than-expected economic data, risk of downgrading and FTSE Russell’s benchmark index at the next review in September, the bank said.

Recall that In April, FTSE Russell said it would review the government bonds’ participation in the World Government Bond Index (WGBI) due to market liquidity issues.

It has placed Malaysia on its fixed-income watch list for six months until September.

Socio-Economic Research Centre executive director Lee Heng Guie expected the ringgit to hover between RM4.00 and RM4.15 per US dollar by end-December 2019 compared with RM4.1385 to the US dollar end- 2018.

“While the ringgit will continue to be subjected to external pressures in times of increasing uncertainty, Malaysia’s economic and financial fundamentals should remain supportive of the ringgit over the medium-term,” he said.

MARC noted that back-end yields had fell more sharply amid continued demand for longer dated papers, garnering about 26.3% of total trades in June.

Investors had followed the developments of the Federal Reserve’s (Fed) future monetary policy direction against the backdrop of subdued inflation growth.

While the Fed held the Fed Fund Rate (FFR) unchanged, it hinted that it may cut its key interest rate in the upcoming July Federal Open Market Committee (FOMC) meeting, MARC noted.

On the other hand, lingering concerns surrounding FTSE Russell’s possible move to exclude Malaysian bonds from its index appeared to have abated in June.

Demand for MGS, the rating agency said was also boosted by deepening pessimism about the global economy as well as the prospects of a US-China trade truce.

In the same month, the heightened US-Iran tensions that lifted crude oil prices also lent its support to MGS.

Sentiment for government bonds in the primary market also improved in June.

All tendered MGS/Government Investment Issues (GII) issues were oversubscribed and bid-to-cover (BTC) ratios were above their one-year averages.

Demand for these papers was supported by heightened Fed rate cut expectations, potential global easing, moderate May CPI data and the firmer ringgit. 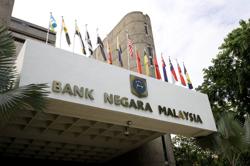 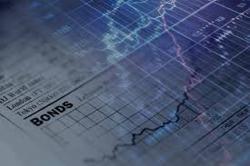