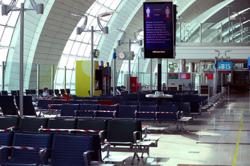 The MoU aligns with Teleport

In its preliminary operating statistics released Friday, the budget airline said its capacity rose 17% to 14.26 million from 12.2 million in the same period a year ago.

“Load held strong at 88% with passengers carried up 18% to 12 million pax. Available Seat Kilometres (ASK) grew by 11% year-on-year as the company added new routes and frequencies for both domestic and international routes to further grow its market share,” it said in a statement. 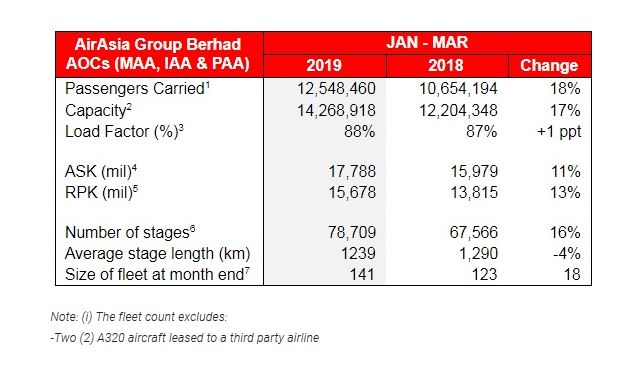 Malaysia added substantial capacity of 11% with most of the seats sold as passengers carried was up by 10% to 8.7 million pax year-on-year. Load held strong at 87%.

For the quarter under review, total passengers carried saw an increase of 66%, exceeding the 52% capacity added and recorded a load factor of 87%, which grew 7 percentage points (ppts) year-on year.

Philippines added 17% in capacity on new international routes. AirAsia said the aggressive increase in capacity did not result in any dilution to the load, on the contrary load factor further grew by 4 ppts to 91%. This was backed by solid passenger growth of 23% year-on year.

AirAsia said Thailand saw an improvement and witnessed the return of tourist arrivals in the first quarter resulting from the extension of the Visa on Arrival fee waiver scheme for visitors from 20 countries and one territory.

It added that ASK was up by 10% year-on-year on the back of capacity that was added for China and Indochina routes. Whilst, number of passengers carried was in line with the capacity added, recording a strong load factor of 90%.

India further expanded its capacity by 23% year-on-year to further grow its domestic market share. Total passengers carried surpassed the added capacity by nine ppts and recorded a strong load of 89%. AirAsia India closed the quarter with 20 aircraft and it is well on its way to receive its 21st aircraft to start connecting Indian passengers into the group’s Asean destinations.

Japan recorded strong operational improvements from the same quarter in 2018. Passengers carried grew a whopping 80% as it saw its first international route to Taipei in February 2019 on the back of 79% capacity added year-on-year. Japan will see a steady growth for both new domestic and international routes for 2019.