Spritzer to spend RM25mil on PET plant and solar projects

will spend about RM25mil over the next two years to expand its PET (polyethylene terephthalate) plant, water-processing capacity and solar power projects to keep up with the group’s enlarged customer base and enhance its competitive edge.

“Although PET resin prices have come down compared to 2018, they are still high, as most of our cost comes from packaging the product.The expansion exercise, scheduled to start at the end of the year, should be completed in two years, raising the PET bottle and cap output by 10%,” said Lim.

“The project should also help us to reduce production cost,” he added.

On the other hand, Lim said the group would put on hold its plan to spend RM20mil on the expansion of its Shah Alam plant.

“There is a need to upgrade the water processing treatment at the Shah Alam plant before we can proceed with the expansion exercise. Spritzer plans to start the upgrading exercise at the end of the year,” he added.

Meanwhile, the group’s RM50mil automated warehouse in Taiping should be operational by early next year.

“The new automated warehouse should help to improve our delivery system in the country,” he added.

On new products, Spritzer will come up with new 250ml and 300ml mineral water bottles soon to further increase its market share, which is at about 40% currently.

Spritzer is also a beneficiary of the heatwave that is enveloping the country.

“The sales in March increased as a result of the heatwave, and we should see rising sales in April also, should the situation prolong,” Lim noted. On its overseas business, the group is interested to grow the contribution from exports, which generate about 10% of the revenue.

“Our products are sold in Guangzhou, where we have a sales division, the UK, Brunei, Singapore and Hong Kong,” he said.

According to a Grand View Research report, the global bottled water market size is expected to reach US$215.12bil by 2025.

“The market is estimated to register a compounded annual growth rate of 7.4% during the forecast period.

“It is anticipated to witness higher growth as compared to carbonated drinks on account of better health benefits and added nutrients.

“Factors such as an increase in the per capita spending and rapid urbanisation are likely to fuel the demand for bottled water over the forecast period,” the report said.

According to the report, Asia Pacific is likely to be the dominant regional market for bottled water over the forecast period.

“Rising population, coupled with rapid urbanisation in countries such as India, China, Indonesia, and Malaysia, is likely to be the key driver for the market,” the report added. 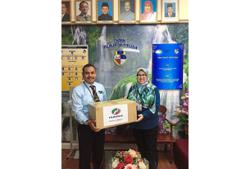 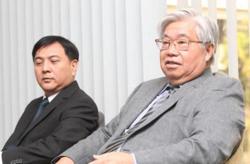