’s founder Nik Hamdan Daud has resigned from his posts as group president and chief executive officer with immediate effect.The company, in a filing with Bursa Malaysia yesterday, said Nik Hamdan had left the company due to “personal reasons”.

Nik Hamdan is the single largest shareholder in Barakah with a 33% stake.

To take over his role, the company has appointed Abdul Rahim Awang as acting group CEO with immediate effect until the appointment of a new group president and CEO is made.

Barakah is currently in the midst of restructuring its debts.

The company and its subsidiaries recorded total liabilities of RM335.6mil in its fourth quarter ended Dec 31, 2018.

“The company is still in the midst of formulating a debt-restructuring scheme to settle the group’s debt. At this juncture, the actual amount of debt to be restructured has yet to be determined,” it said in a statement on March 18.

On March 6, the High Court of Malaya granted that the restraining order be extended for 90 days from Jan 14.

The restraining order was applied as one of the proactive measures taken by Barakah to manage the debt levels of the company and its wholly owned subsidiary – PBJV Group Sdn Bhd. 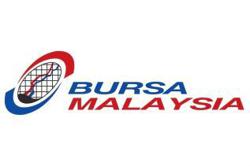