KUALA LUMPUR: The halal industry and Islamic or shariah trade finance need to be integrated in order to increase the Islamic global trade activity.

Maybank Islamic independent non-executive director Datuk Dr Afifi Al-Akiti said government regulators need to play their role and study the matter thoroughly, including conducting engagement with relevant stakeholders as there is an urgent need to come up with the right policy to support the integration.

“Given that there was only a 1.5 per cent contribution of Islamic trade globally in 2016, the potential is clear that there is a huge opportunity in the halal industry and Islamic trade finance,” he told reporters on the sidelines of the 11th World Halal Conference (WHC) 2019 here today.

“The technology not only speeds things up, but also ensures that the certificate cannot be forged or fabricated,” said Afifi who is also a permanent member of the Halal Malaysia Council.

“To inculcate IR4.0, we need the people to embrace the culture of technology, which will then lead to increasing productivity, competitiveness and cost reduction,” he said.

Khalid the halal industry's contribution to the country's gross domestic product (GDP) is expected to increase to 8.7 per cent in 2020 from 7.5 per cent in 2017.

According to the State of the Global Islamic Economy Report 2018/19, Muslims spent US$2.1 trillion across food, beverage and lifestyle sectors in 2017 and the community spending is forecast to reach US$3 trillion by 2023. - Bernama
Article type: metered
User Type: anonymous web
User Status:
Campaign ID: 18
Cxense type: free
User access status: 3 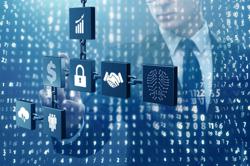