PETALING JAYA: Concerns have been flagged for the banking sector by CGS-CIMB, following the continuous weak top-line growth in the fourth quarter of 2018.

The research house said the sector’s operating revenue fell 1.4% year-on-year (y-o-y) in the fourth quarter, being the third consecutive quarter of decline.

“Although we can blame the lethargic investment income for the above, banking revenue was also affected by tepid fee income growth and the erosion of net interest margins at most banks,” it said.

Adding to that is the projected slower economic growth and weak property market that CGS-CIMB expects will reduce loan growth to around 5% this year from 5.6% in 2018.

“We also anticipate an increase in the industry’s gross impaired loan ratio from 1.45% at end-2018 to 1.8% at end-2019, with potential soft spots in the real estate and oil and gas sectors,” CGS-CIMB said.

It is expecting a 6.8% net profit growth for the sector in 2019, supported by the forecast 11% expansion in non-interest income (NOII) due to the lower base in 2018, which was affected by adverse investment income.

“However, there could be downside risks to our projected growth in NOII in forecast 2019. Based on our forecasts, the strongest net profit growth this year would be circa 9% for Public Bank Bhd 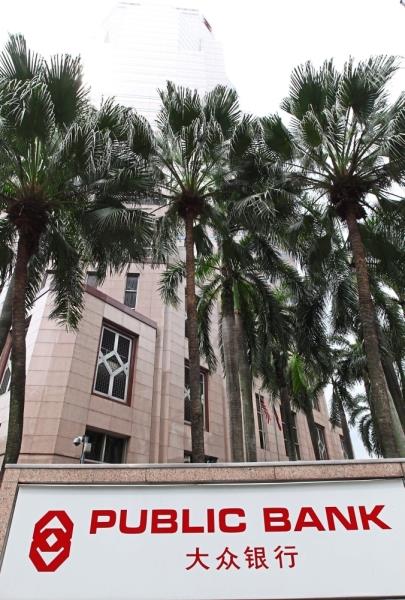 Forecast growth: CGS-CIMB says based on its forecasts, the strongest net profit growth this year would be circa 9% for Public Bank Bhd and Alliance Bank Bhd.

In another report, AMBank Research said it expected banking loan growth to range from 4% to 5% this year. It expects the country’s export numbers to be softer. “We continue to expect both the non-household and household loans in 2019 to moderate from 2018.”

It noted that mortgage loans slowed down marginally compared to December 2018, while outstanding balances for credit cards rose. It also said that growth in hire-purchase loans to buy passenger vehicles was muted after the tax holiday.

Meanwhile, CGS-CIMB said it remained neutral on the banks due to its cautious outlook on the sector, reflected by the slower net profit growth projection for 2019 compared to 2018.

“Earnings risks in forecast 2019 could come from a slowdown in loan growth and margin contraction. But the sector’s dividend yield is attractive at a projected 4% for forecast 2019. RHB Bank remains our top pick for the sector,” CGS-CIMB said.

AMBank Research has retained its “overweight” call on the banking sector with its top picks of RHB Bank, BIMB Holdings Bhd