KUALA LUMPUR: Shopee Malaysia has made it into the top 10 most visited sites in Malaysia, making it the number one e-commerce site in the country, according to the latest ranking from Comscore.

Comscore is a trusted currency for planning, transacting, and evaluating media across platforms.

The latest ranking demonstrated how the e-commerce landscape in Malaysia is turning out to be increasingly dynamic with more Malaysians starting to shop online.

“With around 16 million downloads, Shopee is seeing an interesting pattern unfold among Malaysians through its data as it dissects shoppers’ behaviours across 13 states and three federal territories,” Shopee said in a statement Thursday.

“As Greater Klang Valley is the most populated urban area, Selangor and Kuala Lumpur top the country with the highest number of orders recorded. We also noted that while most Malaysians favour shopping between 9pm and 11pm, netizens in Putrajaya prefer to do their shopping during lunch,” it disclosed. In northern region, Shopee said online shopping activities were rising in Perlis, Kedah, Penang and Perak; with around a third of purchases from these four states coming from the Fast-Moving Consumer Goods (FMCG) category which includes products such as toiletries.

Shopee recorded a triple-digit growth in the number of new users from Kelantan, Pahang and Terengganu, signalling an increased adoption of e-commerce which is likely driven by the growing affordability of smartphones and Internet data plans.

It noted that toys, kids and babies category had the highest number of purchases in these three states; diapers, baby rompers, playmats and breast pumps being the most sought-after items.

Johor, Melaka and Negeri Sembilan saw an increment in the number of Shopee users, with more of them being males. The men’s Clothing category is one of the top categories as compared to other states, with men checking out items like floral shirts, bomber and leather jackets, and blazers, signalling that men from the southern region are more fashionable.

Shopee noted that mobile and accessories category was a hit in Sarawak, Sabah and Labuan. To illustrate, over 51,000 units of power banks were ordered across three months. Digi prepaid reloads are also seen to be a hit amongst East Malaysians. The reloads were made more attractive with a 10% bonus credit given to users.

“With almost half of the country’s population in our database, we have access to big data that allows us to understand the shopping habits of Malaysians. This information enables us to curate campaigns fitting for the young and old alike,” Shopee regional managing director Ian Ho said.

“Equipped with rich data and a long list of brands on our platform, our campaigns are well thought out to meet the market’s needs. One such example is the upcoming 27.3 Shopee Mega Sale.

“As the name suggests, it is going to be a week of crazy deals across categories to give shoppers the chance to shop for the items they want. Additionally, the campaign serves as a thank you to all Shopee users for their continuous support since Shopee’s inception,” Ho said.

Taking place from 21 to 27 March, the 27.3 Shopee Mega Sale offers free shipping with a minimum RM27 spent, daily ‘Tikam’ with RM1 and RM1mil worth of cash and prizes to be won with Shopee Quiz. 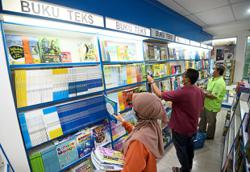