KUALA LUMPUR: Malaysia's economy expanded at 4.7% in the fourth quarter of 2018 (Q4 2018),  which was above Bloomberg's survey of a 4.5% growth, after the moderation in the two consecutive quarters.

The key drivers of growth in the final quarter were resilient private consumption and the improvement in the commodity-related sectors, amid temporary supply disruptions.

Bank Negara Malaysia Governor Datuk Nor Shamsiah Mohd Yunus said that on the demand side, growth continued to be anchored by the private sector.

“On the supply side, services and manufacturing sectors remained the key drivers of growth," she said during the briefing on the gross domestic product (GDP) data on Thursday.

However, the agriculture sector continued to be a drag on the economy,  contracting by 0.4%.

"In 2019, the Malaysian economy is likely to remain on a steady growth path, supported by resilience of private consumption and continuation of civil engineering projects apart from recovery from supply side shocks," she said. Mohd Uzir  said Malaysia’s current account surplus surged to RM10.8bil in the final quarter of 2018. The favourable performance was spurred by the larger surplus in goods account at RM33bil from RM26.6bil in Q3.

For 2018, the current account surplus reached RM33.5bil contributed by higher surplus in goods account at RM121.4bil and lower deficit in services account at RM19.7bil, he said.

Information & communication remained strong by posting a growth of 8.1% driven by communication and computer services activities.

Mohd Uzir  said the manufacturing sector moderated by 4.7% against 5% in Q3 . Electrical, Electronic & Optical products continued to be the main contributor in this sector expanded further 6.9% backed by printed circuit board, electronic integrated circuit micro assembles and communication equipment.

Meanwhile, Petroleum, Chemical, Rubber & Plastic products registered a growth of 3.6% which was attributed by refined petroleum, rubber and plastic products. 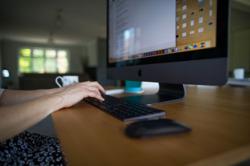 June exports bounce back with 8.8% growth, boost from China, US