Lau: We are looking to expand as Vietnam is one of our fastest-growing markets.

’s business unit in Vietnam is set to open its fourth and most advanced animal feed mill next month, as the group aims to capture a bigger share of the livestock industry.

The new plant, costing more than US$20mil, will boost the group’ animal feed capacity by 285,000 tonnes a year in its first phase of operations.

A second-phase expansion will boost the plant’s maximum capacity to 427,000 tonnes a year.

“The new plant, coupled with production improvements at existing facilities, will lift our total capacity in Vietnam to 1.5 million tonnes a year,” the group’s CEO for Vietnam business Lau Joo Hong said during a media tour of the company’s facilities.

Lau said the group had allocated RM77.8mil in capital expenditure for 2018 and would increase it to RM80mil in 2019.

Part of the spending next year would include initial work for a fifth feed mill, to be located in central Vietnam.

“We are looking to expand, as Vietnam is one of our fastest-growing markets,” he said.

Emivest is the main feed mill producing arm of the Leong Hup group that has operations in five Asean countries – Malaysia, Indonesia, Singapore, the Philippines and Vietnam.

Last year, the business in Vietnam contributed RM1.05bil, or 18% of the group’s total revenue.

All three of the group’s existing feed mills are already running at almost full capacity.

“The new feed mill plant will drive up our revenue growth,” Lau said.

This put the company as among the top three poultry producers in Vietnam.

Three of its feed mill plants, including the one to be opened in December, are located in southern Vietnam, namely the Bau Bang, Binh Duong and Tien Giang provinces, while the northern plant is located in Hai Doung.

In addition, its medicine and supplement production is also in Bau Bang.

According to local authorities in Vietnam, the livestock industry consumes an estimated 18 million tonnes of animal feed products a year. Demand is projected to increase to 25 million tonnes within the next three years.

The strong demand forecast has driven multinational companies to expand their production in Vietnam.

Reports showed that US-based Cargill opened its 12th feed mill in Vietnam last month, while earlier this year, South Korea’s CJ Vina Agri put up its sixth plant and it is planning to open a seventh plant in the Mekong Delta soon. 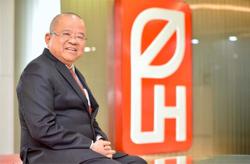 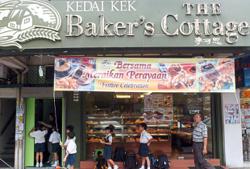 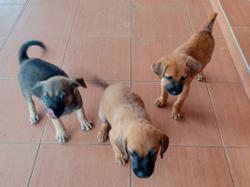