Ravi Menon, managing director of the Monetary Authority of Singapore (MAS), speaks at the Singapore Fintech Conference in Singapore, on Wednesday, Nov. 16, 2016. The MAS is poised to become the latest central bank to test its own digital currency, which it will use in a trial of a blockchain-driven system for interbank payments. - Bloomberg

SINGAPORE: Singapore’s financial regulator is willing to lend a hand to cryptocurrency firms having problems setting up local bank accounts, but doesn’t plan to loosen its rules to lure more crypto startups to the country.

“We should not be trying to create an extremely lax regulatory environment in order to attract that kind of business,” Monetary Authority of Singapore Managing Director Ravi Menon said Tuesday when discussing the crypto industry in an interview with Bloomberg News.

“What we are trying to do is to bring the banks and cryptocurrency fintech startups together to see if there is some understanding they can reach.”

Singapore has been pushing to develop its financial technology sector as a way of creating jobs and diversifying the economy, while taking a cautious approach to exchanges and other aspects of the cryptocurrency industry.

Some crypto firms have complained that there’s a regulatory vacuum that hampers their Singapore operations because they are unable to open local bank accounts, or have had their accounts closed.

“The nature of this business is a bit different, so banks may need to employ other ways in which they can establish bona fide,” Menon said.

“I hope we can bring minds together on this so that we can get over this hurdle.”

However, he warned that many aspects of the crypto industry remain obscure and dangerous for investors, and so it’s right for local financial firms to exercise caution.

“Some of these activities are indeed quite opaque. I would not blame the banks for not opening the bank accounts,” he said.

Lenders around the world have often steered away from providing services to crypto firms because of worries about the use of digital coins in money laundering and financial crime.

Singapore’s regulatory system for crypto lies somewhere between Japan, which has taken a welcoming approach, and China, which has issued an outright ban on exchanges and initial coin offerings.

Among those attracted to Singapore this year are Tokyo-based Line Corp., Japan’s biggest messaging service, and Dunamu, which operates Korean cryptocurrency exchange Upbit.

Line, which started its Bitbox exchange in July, has seen trading volumes amounting to more than $10 billion in the first two months, according to a Bitbox spokesman.

Singapore has no plans to introduce a licensing system for crypto exchanges similar to the one established in Japan, Menon said.

More than a dozen exchanges are now registered with Japan’s Financial Services Agency, with many more awaiting approval, an arrangement that has made it easier for the licensed firms to get banking services.

For the purposes of supervision, Singapore puts cryptocurrency activities into three categories, according to Menon. The first, known as utility tokens and used in blockchain technology for purposes including payment for computing services, needs hardly any regulation, he said.

The second category involves digital tokens that have the characteristics of securities, which are governed by the Securities and Futures Act, he said.

In practice, few initial coin offerings have crossed that boundary. “If they do, then the full weight of the SFA will descend upon them, which would actually make most of their business models unviable. So most of them are careful to steer clear of that line,” Menon said.

In May, the MAS said it warned eight unnamed cryptocurrency exchanges that they shouldn’t facilitate trading in tokens that are securities or futures contracts without approval.

The third group involves payment tokens such as Bitcoin, which Menon describes as “highly risky” because of the price swings. However, he said from a regulatory perspective the MAS is relaxed provided initial coin offerings don’t resemble securities.

“If they are not a security, then we don’t have a problem with it. We’ve seen quite a lot of ICO activity that is not security related,” he said.

“And there’s a lot of interesting business models out there trying to raise capital in interesting ways, which as far as the consumers are aware of what these are, we have no issues.”

Menon said his main concerns when regulating the sector are to ensure consumer protection and prevent money laundering. But he said there are limits to the areas of the economy the MAS should supervise.

“You and I can invest in lots of very silly and dubious things. You can’t expect the government or the regulator to regulate all manner of items in which people put their money,” he said. - Bloomberg 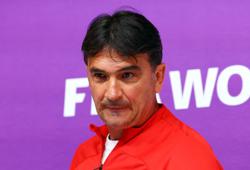