WITH the current property market glut, it will not come as a surprise to observe investors holding on... taking a step back... and planning their next move.

At least, that’s what most investors will probably do. The savvy ones, meanwhile, will continue to forge ahead – not resting on their laurels.

In light of the upcoming general election, which has made investors even more cautious, Knight Frank Malaysia managing director Sarkunan Subramaniam recently said wealthy Malaysians have been shifting their money to safe-haven assets such as bonds and gold from property.

“Post-election, we expect investors to accept more risks as the political landscape brings a new policy and economic cycle. Investors may also increasingly look at various real-estate opportunities across residential and commercial properties both at home and overseas,” he said in a statement in conjunction with the launch of Knight Frank’s The Wealth Report Attitudes Survey 2018 last week. Inflation hedger: Foo says property is still seen as a safe haven as it is able to hedge against inflation.

In terms of investment trends in 2017, Knight Frank observed that the biggest draw for new investments by the wealthy last year were in equities.

“As stock markets around the globe soared, the appetite for shares was greatest in Asia. Beating the global average by 21%, 83% of Asian respondents said their clients increased their exposure to equities in 2017.”

The report adds that gold seemed to have lost some of its glitter as an investment for most of Asia.

“Only China and Malaysia saw significant reallocation into the precious metal with 46% and 33% of respondents saying their clients increased allocations last year, above the global average of 25%.”

Knight Frank’s wealth report, an annual snapshot of the issues influencing wealthy individuals’ investment and lifestyle decisions, was based on the response of 541 of the world’s leading private bankers and wealth advisers, representing roughly 50,000 clients with a combined wealth of around US$3 trillion (RM12 trillion).

The property consultancy also says it is seeing an increase in cryptocurrency investments among Malaysians.

“Malaysian respondents were most optimistic about increasing the amount of cryptocurrencies held in their portfolios, with 21% of respondents saying they planned to increase its weight. While this was the highest figure in Asia and Australasia, it only matched the global average of 21%. 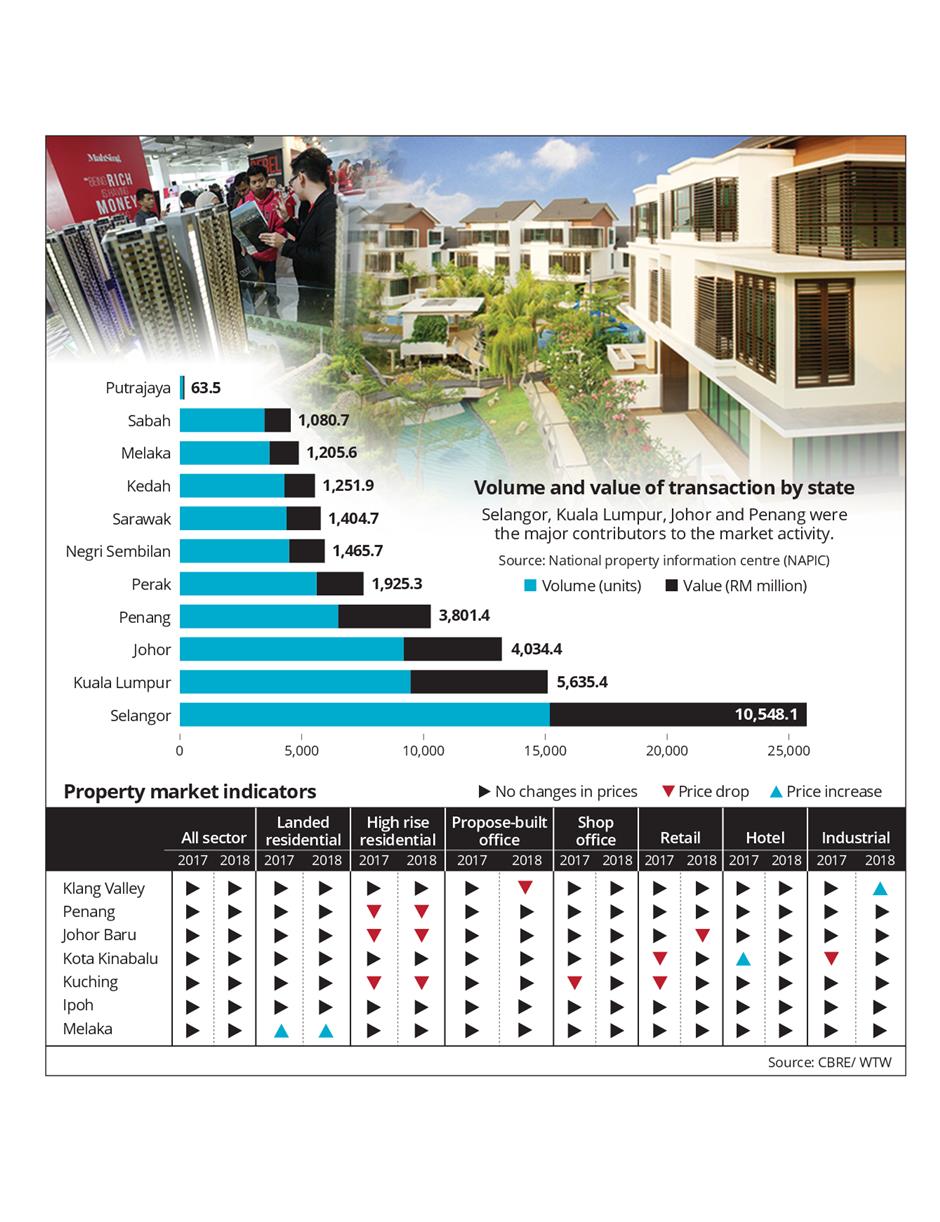 “Generally speaking, respondents to the survey were tepid on cryptocurrencies. It must also be added that respondents completed the survey in December before bitcoin’s recent correction.”

Licensed financial adviser and syariah financial advisory for Excellentte Consultancy, Jeremy Tan, says property is just one asset class that one can invest in.

“What’s important is to not place all your eggs in one basket. That’s why it’s always important to diversify your investment portfolio so that it can give you a better balance,” he tells StarBizWeek.

“For low risk, you could always leave your money in the bank. Alternatively, you can invest in mutual funds or exchange-traded funds, foreign currencies or overseas. Diversifying gives you weighted returns.”

According to Knight Frank, 43% of its Malaysian clients planned to invest in properties overseas, going forward. At 43%, Malaysia topped the survey in terms of those looking to invest abroad, followed by Hong Kong (40%), China (37%) and Singapore (30%).

Only three countries – Malaysia, Hong Kong and China – were above the global average of 34% when considering overseas purchases, says Knight Frank, adding that the top-five overseas destinations for Malaysian investors in 2018 are Australia, Singapore, Britain, the United States and New Zealand. 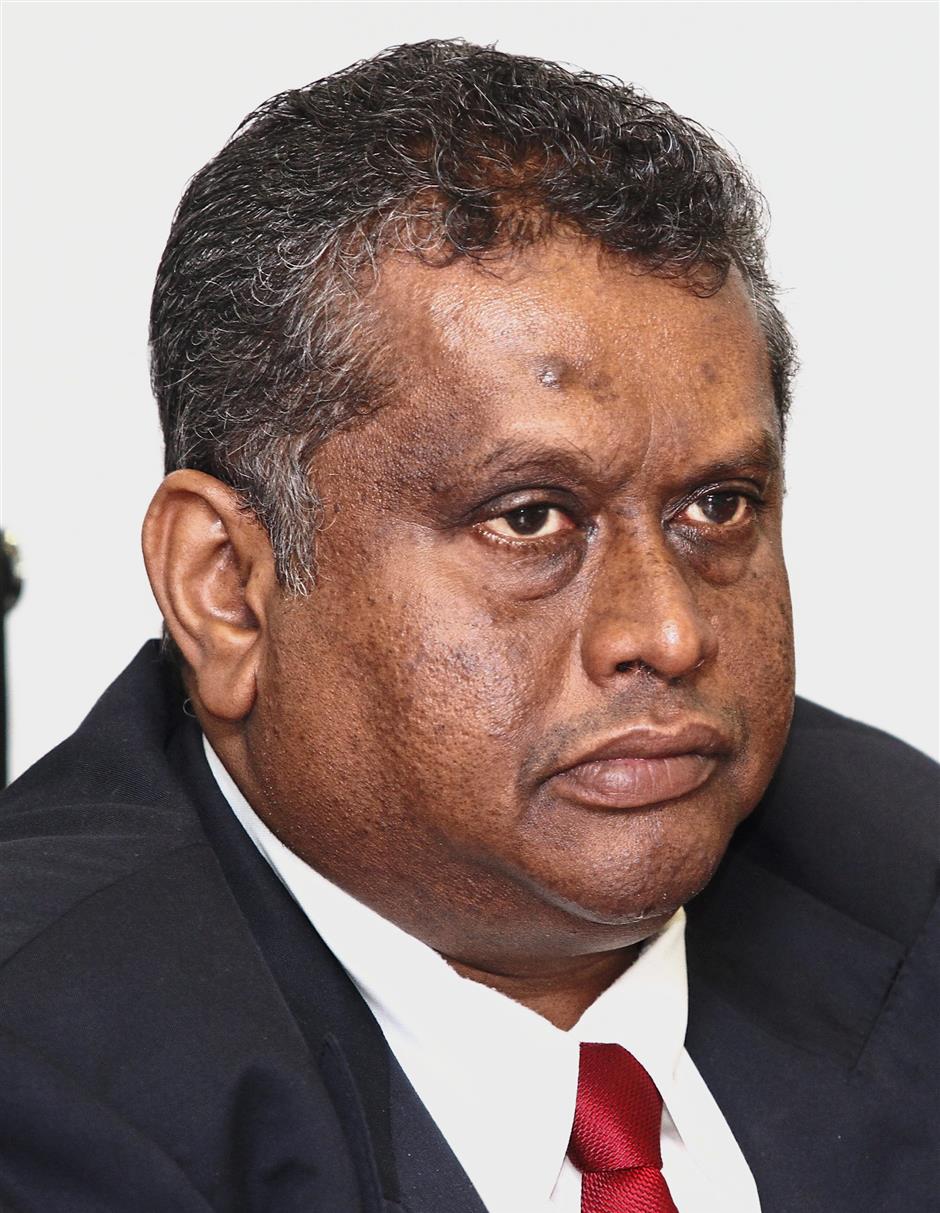 Wealth shift: Sarkunan says investors have been shifting their money to safe-haven assets.

Despite the current glut, MyFP Services Sdn Bhd managing director Robert Foo says property is still seen as a “safe haven” when it comes to investment, as it is able to hedge against inflation.

“If it can fetch returns of up to 7%, then it’s a good form of investment, as that’s better than putting your money in fixed deposit. However, if you’re looking at higher returns (of more than 7%), than you may want to look at other asset classes.

“At the end of the day, you need to know your risk appetite. Not everyone will have the same type of property – or same number of properties.”

Rizal, 45, owns two properties in the Klang Valley – one he resides in; the other rented out.

“Property is a stable form of investment. Yes, it does have its pros and cons, and from experience, the sector is cyclical. With that said, nothing ever always stays up or down forever.

“Still, it is not as volatile as other types of investments, like the stock market,” he says.

Being a landlord for over 10 years, owning a property has helped generate a stable income for Rizal.

“It’s a great side income. I know of friends that have quit their jobs to do this full-time – because the returns are so good.”

However, Rizal cautions that property investing “isn’t for everyone.”

“Property as a form of investment might be considered sexy... Like any type of investment, it’s not for you if you don’t know what you’re getting yourself into. Always do your homework first.

“Many people just think “okay, I have a piece of property... Now I can rent it out and laugh all the way to the bank.”

But it’s not always as simple as that, says Rizal.

“It usually looks great on paper – but there are almost always practical issues to sort out. First, you need to be able to serve your loan by finding a tenant quickly – and finding one isn’t always easy. Even if you do, you pray that he or she doesn’t end up being the tenant from hell!

“I’ve known of landlords that have rented to people who were irresponsible. The house ended up being damaged or some things were in such a state of disrepair that after they had vacated the place, a lot of money had to be forked out to repair the damage.”

For those that want to avoid the hassle of managing a physical property, but still want to invest in the sector, they could try their hand at real estate investment trusts (REITs).

REITs have been taking a beating of late. However, MIDF Research points out in a recent report that the sell-down in REITs of late presents buying opportunities for investors.

“REITs listed on Bursa Malaysia have fallen by 18% year to date. Following the retracement in unit prices, REITs are looking more attractive. Some of them are trading closer to their mean price-to-earnings ratio (PER), with KLCCP trading 0.77-times standard deviation below its five-year mean PER.

Besides that, MIDF says price to net asset value is also looking more compelling with Amanahraya REIT at 0.6 times, CMMT at 0.8 times, KLCCP at 0.9 times, Axis REIT at one time and Pavilion REIT at 1.1 times.

MIDF Research says 2018 could be a modest year despite the supply of additional floor area from shopping malls and offices.

“We believe that shopping malls at strategic locations will continue to command single-digit positive rental reversion while growth for rental reversion for neighbourbood malls may be tepid or flat.”

The research house is cautious on growth in the second quarter – due to a lack of major events amid the wait-and-see sentiment prior to the upcoming general election.

“However, we expect better sentiment in the second half in tandem with World Cup 2018, which may see crowd-pulling events in malls. That is also coupled with the year-end holiday, sales and festive seasons.”

“We expect asset owners to prioritise tenant retention to maintain healthy and balance occupancy rates over rental reversion rates for selected properties that face intense competition. That said, we still expect REITs under our coverage to register positive mixed rental reversions for 2018.”

How good is property as an asset class today?