GIVEN its active asset injection strategy, Axis Reit is expected to ride the e-commerce boom moving forward, according to CIMB Research.

The research firm, which is “positive” on Axis Reit’s strategy, said that it continued to strengthen its footing in the industrial sector which was driven by demand for warehousing and fulfilment centres from e-commerce activities.

“With the completion of Nestle DC, Axis Reit plans to start Phase 2 of Axis Mega DC this year with the development of approximately 500,000 sq ft warehousing space. While further details on the development are scarce, we expect similar accretion to earnings as the first phase,” it said in a note.

Axis Reit will be leasing its first greenfield development, Nestle DC to Nestle Products Sdn Bhd, for an initial term of 10 years.

The lease agreement comes with rental step-ups in later years and a renewal option for two three-year terms after the lease expiry.

Maiden contribution from Nestle DC is expected from the second half of financial year 2018 onwards.

“We gather the estimated rental income of RM19.22mil per annum from Nestle DC @ Axis Mega DC translates to about RM3.11 per sq ft (psf), higher than the previous tenant’s rate of RM1.60 to RM1.80 psf,” said the research house.

The Reit’s earnings per share is projected to rise by up to 8% from in the period of FY18-20. Payout ratio-wise, the forecast for FY18 is lowered cloaser to FY17 levels.

However, CIMB Research pointed out that Axis Reit’s share placement may cap upside from acquisitions.

“While we like the group’s appetite for continuous asset injections and property developments to drive distribution per unit (DPU) growth, the potential second tranche of placement exercise may dilute FY18-19 DPU by 4-6% and potentially lower our target price by 6.3%.

“Therefore, we maintain our ‘hold’ recommendation pending the completion of the share placement,” it said. 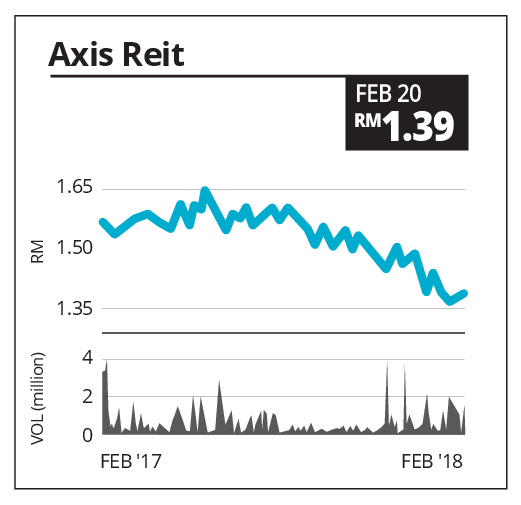 UOB Kay Hian Malaysia Research has maintained its “hold” call on Scientex Bhd and raised the target price to RM8.50 from RM7.80 previously, mainly on the back of an expected ramp-up and turnaround of Scientex’s consumer packaging plant.

Scientex, a producer of industrial stretch film, has increased its polyethylene capacity by more than three-fold in three years after completing the installation of additional production lines at its Rawang-based plants and capacity expansion of 24,000 tonnes per annum at its Ipoh plant.

The company’s management also intends to install a third biaxially-oriented polypropylene (BOPP) line in the new plant in the financial years of 2018 and 2019 (FY18-19), which should raise capacity to about 100,000 metric ton per annum.

According to UOB Kay Hian Malaysia Research, the BOPP plant is on track to contribute positively in FY18. Originally, the research firm had projected the plant to break even by end-FY17 at utilisation of about 60%.

However, the plant has encountered slight delay to break even due to the plant running at a utilisation rate of only less than 50% as of end-FY17 and penetrative pricing strategy to fill up capacity.

“We expect net profit to rise 18.9% year-on-year to RM306.7mil in FY18 on the back of healthy growth from the property segment, increase in manufacturing sales tonnage amid capacity expansion and slight improvement in ASP in the consumer packaging segment. 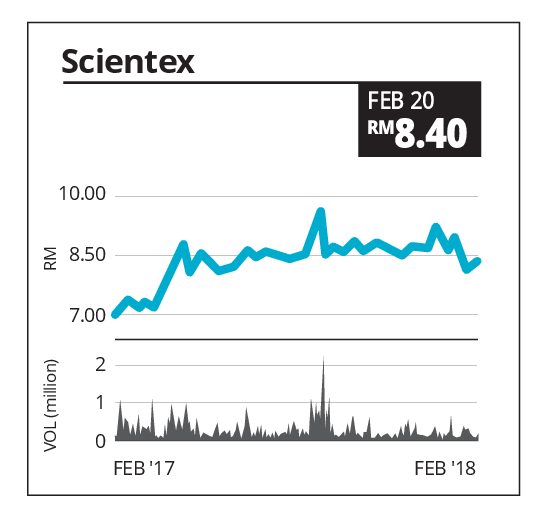 MIDF Research has initiated its coverage on steel fabricator KKB Engineering Bhd, with a “buy” call and a target price of RM1.15.

The research firm said that KKB will be able to maintain a stable growth going forward, underpinned by more stable grounds in the oil and gas and the power industry, as well as its existing strong foothold in steel fabrication.

“We believe in KKB’s growth story and its potential to offer investors the opportunity to benefit from potentially volatile share price movements premised on project activity levels.

“Moving forward, with its quality orderbook and progressive profit recognition, we believe that the company will be able to sustain its earnings in the foreseeable future,” it said in a note.

As at end-Dec 2017, KKB has an orderbook of about RM800mil which is expected to provide earnings visibility until 2020.

Tenderbook-wise, the steel fabricator has bid for contracts worth RM510mil as at Feb 9.

If these tenders are successful, KKB expects to be awarded with the new projects within the second quarter or the third quarter of financial year 2018.

Among the completed projects to-date by KKB are the Ferro Alloy Complex at the Samalaju Industrial Park, the University College of Technology Sarawak, Sibu and the Borneo Convention Centre.

MIDF Research pointed out that KKB’s revenue had improved in 2017, despite the fall in revenue for the past three years.

In FY17, KKB’s revenue grew significantly by 103% year-on-year to RM209.3mil. The bulk of revenue was mainly attributable to the higher revenue recognition from the group’s civil construction division.

“As for the steel fabrication division, the revenue was mainly derived from the on-going fabrication works of low and high tension steel poles subcontract works for the fabrication of well-head platforms,” said the research house. 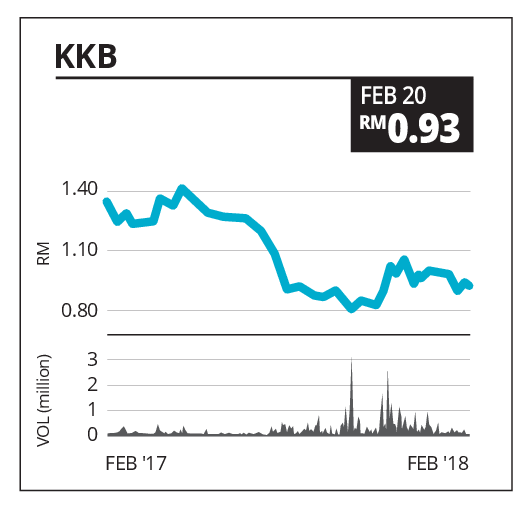