Group managing director Zulkarnin Ariffin said the company, which had first sent in the proposal for the security fence in June last year, was adjusting it following the recent floods in Kelantan.

has proposed to acquire a 70% stake in a construction outfit, Teras Sari Resources Sdn Bhd (TSRSB), which has just been awarded a RM338.14mil contract to upgrade road in Pekan, Pahang.

In a statement, the tile manufacturer and property and construction group yesterday said its wholly owned subsidiary Seacera Builders Sdn Bhd has entered into a heads of agreement with LT Century Development Sdn Bhd and LTC Holdings Sdn Bhd for the proposed acquisition of a 70% equity interest in TRSB for a purchase consideration to be determined later. The target company yesteday received and accepted a letter of intent from Jabatan Kerja Raya Malaysia for RM338.14mil job to upgrade the federal road from Bandar Pekan to Kampung Sungai Miang, Pekan, Pahang.

Group managing director Zulkarnin Ariffin said the proposed acquisition of TRSB was in line with its internal target of securing a RM1bil order book to keep it busy for the next three to five years. 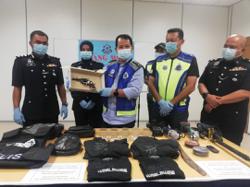 Two burglary suspects killed in shootout with police in Pahang 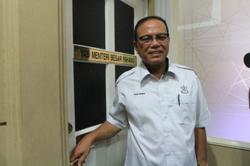 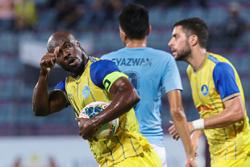