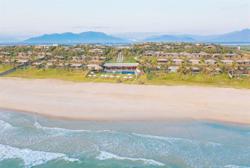 The 210-room hotel, with a gross development value of RM50mil, will be the third in Malaysia for the international hotel chain after its other ventures in Petaling Jaya and Shah Alam.

Green Target Group managing director Datuk Tan Hong Lai said the construction of the hotel, which would be the first international brand in Nilai, should be completed within three years.

“The construction of the hotel here augurs well for us as Nilai is home to many higher institutions of learning and its close proximity to KLIA and KLIA2 will also allow us to tap the tourism as well as airline crew markets,” he said at a signing ceremony between both parties and the official opening of the Mesahill Premier sales gallery.

Tan said the hotel as well as Mesahill Premier, a two block apartment project, would be the latest additions to the Mesahill integrated development project.

Tan said the MesaHill Premier alone will have a GDV of RM300mil and is also due for completion at the end of 2020.

He said the group built 1,800 apartments in the earlier phases of the project and these were sold out.

“We have some 40,000 students studying at the higher institutions of learning in Nilai and many rent these units for the duration of their studies,” he said.

Tan said the construction of MesaHotel and Mesahill Premier would add value to the Mesahill integrated development.

“Mesahill Premier which will be connected to MesaMall will among others have modern facilities including a Sky Lounge and Sky Walk for its residents,” he said, adding that Mesahill Premier would also be the tallest structure in Nilai.

He said the four-storey MesaMall which has a 350,000 sq ft gross leasable area, has since its opening last year welcomed more than 50 branded tenants and were expecting more including Bowlers, a 32-lane state-of-the-art bowling alley . 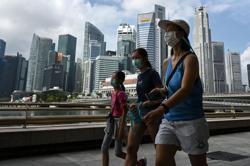