Izham, currently the chief operating officer, has been made executive director and GCEO-designate with immediate effect.

This is in line with the succession plan that MAB has put in place as part of the 12-point MAS Recovery Plan (MRP), MAB and its holding company Malaysia Aviation Group Bhd (MAG) announced on Friday evening.

The MRP - launched on Aug 29, 2014, by MAB’s ultimate shareholder Khazanah Nasional Bhd - provided for the development and succession of Malaysian leadership talent. However, the succession plan had now been accelerated, MAB chairman Tan Sri Md Nor Yusof said in the statement.

“We are now in the third year of the five year MRP and it is timely for us to appoint a Malaysian to see it through to the finish line,” he added.

The statement said Izham would assume the role of GCEO on Dec 1 on the departure of Bellew, who is currently on administrative leave.

The appointment was made following a resolution at an MAB board meeting today and on consultation and approval with Khazanah Nasional chairman Datuk Seri Najib Tun Razak.

MAB and MAG said a board executive committee led by Md Nor would be in place for up to six months to ensure a smooth transition. The board members will include Tan Sri Krishnan Tan Boon Seng, Tan Sri Zamzamzairani Isa and Sheranjiv Sammanthan.

The announcement of Izham's appointment came hot on the heels of the surprise resignation of current GCEO Peter Bellew, an Irishman who is leaving after only about 1½ years. Bellew will rejoin former employer, Dublin-based budget carrier Ryanair, on Dec 1.

Bellew was brought in as MAB chief operations officer in September 2015 by previous group CEO Christoph Mueller, a German national and the first non-Malaysian to head the national carrier. Mueller also stayed for just over a year but unlike Bellew, he had given a long six-month notice before his exit.

On Izham, MAB and MAG said he had been integral to the airline’s ongoing turnaround effort.

Izham has 38 years of experience in the aviation industry, having started his career with Malaysia Airlines as a pilot in 1979.

He broke world aviation records when he flew Malaysia Airlines’ first B777-200 eastward from Seattle to Kuala Lumpur and back. The flight set new world records for longest flight and fastest round-the-world flight by a commercial airliner, with a total flight time of 41 hours 59 minutes over a distance of 23,310 miles.

He was appointed to a management position 10 years after joining Malaysia Airlines, having climbed through the ranks over the years. He had been senior instructor pilot, fleet manager, and director of operations.

Md Nor welcomed Izham to the new role, noting that he was a key member of the MH family and brought with him 38 years of experience in the aviation industry.

“He has a valuable breadth of understanding that spans airline operations and business management. I am proud that he is our own internal home grown talent and I am confident that he will be able to take the airline further forward and ensure the turnaround plan is met,” he said.

Izham, meanwhile, said his entire career had been spent with Malaysia Airlines and it was very much my family.

“Helming the national airline is a big responsibility. I am humbled and at the same time, ready for the challenge.  We are on track towards a full and complete transformation as outlined in the MRP, and I am looking forward to working with my MH colleagues to make this airline the pride of the nation again.”

Khazanah Nasional, in a separate statement, said the implementation of the MRP over the 38-month period since its launch – nearly two-thirds of its five-year duration – remained on track.

There was only a cursory mention of Bellew in today’s fairly lengthy statement by MAB and MAG while Khazanah’s statement did not mention him at all.

When Mueller left, MAB had said it was disappointed at his early exit, but said it respected his decision.

“His (Mueller’s) hard work over the past year has seen Malaysia Airlines set on a path where there has been encouraging progress,” Md Nor said then.

Khazanah Nasional said in a statement at the time: “While we would have wanted Mueller to continue as planned, we also respect and ultimately agree to his decision to leave ahead of the end of his three-year contract, due to a change in his personal circumstances.” 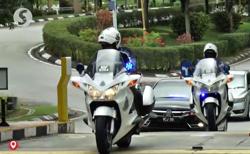