PETALING JAYA: The weaker ringgit contributed to the higher cost of foreign debts.

Slightly less than two-thirds of the country’s external debt are denominated in foreign currencies. About a third of this debt is made up of interbank borrowings and foreign currency deposits in local banks.

In its 2016 annual report, the central bank said the country’s external debt remained manageable, given its currency, maturity and balance sheet profiles.

“The profile of Malaysia’s external debt remained healthy with more than one-third of total external debt being denominated in ringgit, thus limiting the risks arising from foreign exchange fluctuations.

“The remaining portion of the external debt, which is denominated in foreign currency, is mostly hedged either naturally using export earnings or through the use of financial instruments,” it said.

Most of these debts, it said, were offshore borrowings, which were raised mainly to expand productive capacity and to improve the managenent of financial resources within corporate groups.

At the end of 2016, the country’s offshore borrowings fell to 42.7% of the GDP compared to 60% of GDP during the Asian Financial Crisis.

Bank Negara said the rollover risks were also contained, as 58.6% of the total external debt was of medium to long-term maturity.

“In addition, not all short-term external debts pose a claim on reserves due to the availability of export earnings and external assets which enable borrowers to meet external obligations without necessarily creating a claim on international reserves,” it said.

The central bank said the reserves were ample to facilitate international transactions and sufficient to finance 8.5 months of retained imports and were equivalent to 1.1 times the short-term external debt. 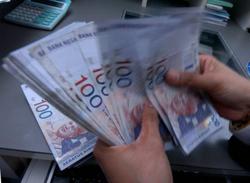