One abandoned housing project too many

A total of 134 abandoned private housing projects were recorded in Peninsular Malaysia between 2013 and November, 2016, according to Deputy Minister of Urban Wellbeing, Housing and Local Government Datuk Halimah Mohamed Sadique in reply to a question in Dewan Negara Dec 6, 2016. She said the number included 26 abandoned projects this year.

The government has allocated RM20mil to revive abandoned private housing projects next year. She, however, noted that next year’s allocation is less compared with the RM40mil this year.

Scenario A: “Our sheer bad luck to buy into an apartment that has now been declared as ‘abandoned’. We have to continue to service the interest to the bank especially when the bank has progressively released the housing loan of 65%. Got no roof to shelter my family but must continue to rent from my landlord. Our future plans have been screwed up and uncertain”

Scenario B: “The Urban Wellbeing and Housing Ministry must live up to its name. What’s the meaning of ‘Urban Wellbeing’? They say they are doing their best to revive the abandoned project that has eaten into my eighth year. Where got law? Whose fault is it?

Are they not the regulators? My wife and I have frequently quarrelled and cried over this nightmare.

Scenario C: “The Housing Ministry says that my apartment is still categorised as a ‘sick’ project and has not been declared as ‘abandoned’, as yet. It has been ‘sick’ for the last six years and is well beyond its scheduled completion date in August 2010. How many more years do you expect me and my family to wait and suffer?”

Consequences of an abandoned project

> The house buyer involved still owes the banks the amount that had been drawn down and paid to the rogue developers.

> The house buyer borrower is blacklisted and the possibility of him/ her taking another loan is zero.

> The house buyer continues to service the partially drawn down housing loan or he/she faces the consequences if he/she is unable to do so. He/she will risk being blacklisted by Bank Negara and the banking system of checks.

> He/she continues to stay in his/her rented house because the dream house that he/she had bought had turned into a bad nightmare.

> He/she blames the Government for allowing such a hazardous and

nonsensical system to exist and for being unable to help him/her.

> The bridging bank suffers in that they are now holding collaterals (the parcels of land within which the houses are built) that have become fragmented and have multiple charge holders (the end financing banks). It becomes virtually impossible to cash out to recover their exposure.

> The end financing bank suffers in that the house buyer does not get his/her house and is therefore not likely to be able to service his/her housing loan.

> The government continues to face the wrath of victims of abandoned projects for allowing such a hazardous system to exist and subsequently for being unable to help them.

> The government also faces the angry rakyat for using so much of taxpayers’ monies in attempts to revive some of these abandoned projects, which are actually business failures. It creates a situation of “Profits Privatised, Losses Nationalised!”

Under the present system, for house buyers to get the houses they bought, the following conditions (totally beyond their control) must be met:

> That the developer secures enough sales to satisfy his cash flow requirements.

> That the developer is a bona fide one.

> That they are professional, honest and attempt (through good administrative sense) their best to complete the project.

> That they do not have other problematic business ventures whereby the money that they collect from house buyers may be diverted to solve their other problems.

> That they enjoy good fortune and their project is successfully completed.

> That there is no drastic economic downturn.

The sad truth is that the non-fulfillment of some or any one of the above will spell trouble for the unfortunate buyers involved. This is what tens of thousands of buyers had found out, albeit, too late! Together with their dependants, we are looking at hundreds of thousands and they continue to suffer in silence.

This is not only unfair; it is downright unacceptable and disgusting. How do we expect those who are directly facing such a situation to stomach it whilst those developers go scot-free?

Why should buyers play a game of ‘Russian roulette’ when it comes to buying a house?

The revolver has got six chambers each supposed to have one bullet. In this game, one (1) bullet is put in one of the chambers and the chamber is spun. Only one chamber out of the six will be aligned to the trigger. The gun is then pointed at the gambler’s head and the trigger pulled. The probability of the bullet being fired is one in six. Thus, the chances of being shot through the head is one to six. One in six will suffer that fateful death in the game of Russian Roulette.

This game is depicted in the movie The Deer Hunter where American soldiers fighting in Vietnam, while highly drugged were made to play this game with heavy side betting. Although the odds are not as bad when buying houses the principle is the same.

But why should buying a house be a risky affair? Any one abandoned housing project is one too many.

An average working person who buys a house does not have the faintest intention and expectations to be involved in any form of litigation or to be forced to seek remedy from the Housing Tribunal and the Courts of Law to enforce his legitimate rights.

Buying a house is to the average man, the most precious investment he can make. It is indeed very cruel and unjustifiable when such a noble intention turns into a living nightmare.

And this is the key reason as to why the government had to enact laws in its purported attempt to “protect” house buyers. Yet looking at the number of abandoned projects and the number of involved house buyers who are suffering various degrees of financial hardship, we surmise that no amount of legislations would totally eradicate such problems propagated by wayward developers.

The building industry is just like any other business and is not excluded from business risks.

And since the success or failure of any housing project cannot be guaranteed by any party, it is only fair for the people to expect the Government to institute a system that totally, or to a large extend, insulates house buyers from such business risks/uncertainties?

This takes us to the Built Then Sell 10:90 (BTS: 10:90) concept which is another topic I will elaborate (again) in my future article.

Today due to the prevailing system in the housing industry, house buyers are facing serious risks when they make purchases. Indeed, even car buyers have more protection than house buyers.

Has anyone ever heard of a person who bought a car and never got the car? Therefore, now, more than ever, we need everyone in Malaysia, whether they be political leaders, legislators, government servants, housing developers, the corporate world to practice good governance and moral responsibilities. This is of paramount

importance, in order that the interests of the present house buyers’, our children and our children’s children are adequately safeguarded. We have had enough of the nonsense of abandonment of housing projects.

Why are abandoned private housing projects still littering the skyline of the peninsula? What about Sabah and Sarawak?

This doesn’t even take into account those abandoned public projects: federal and state. Could pre-emptive measures be adopted and enforcement organised to avoid future abandonments?

In my next article, I will elaborate the stringent rules and the safety nets that are provided under the laws.

Chang Kim Loong is the secretary-general of the National House Buyers Association: www.hba.org.my, a non-profit, non-governmental organisation (NGO) manned by volunteers. He is also the NGO councillor at the Subang Jaya Municipal Council. 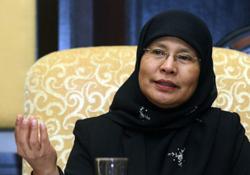