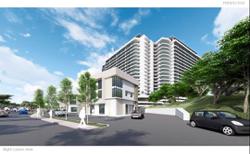 In the spotlight: A construction site near the Petronas Twin Towers in Kuala Lumpur. As Malaysia

KUALA LUMPUR: Despite global economic uncertainties, the construction industry showed remarkable performance in 2016, led by the infrastructure category which topped the list of projects registered with the Construction Industry Development Board (CIDB).

As of November, 5,024 projects worth RM121bil were registered with CIDB and more are expected to come towards year-end.

“Between January and November, the value of projects increased 36% to RM121bil (January-November 2015: RM89bil) while the number of projects showed a contraction of 3% to 5,024 projects,” chief executive officer Datuk Ahmad Asri Abdul Hamid said.

And, almost half of the construction projects awarded (47%) came from the infrastructure category, followed by residential, non-residential and social amenities.

The volume of projects awarded were mostly contributed by 14 mega projects valued at more than RM1bil each, with a combined total of about RM35bil.

“Out of 14 mega projects, 12 projects valued at RM33bil were infrastructure projects mainly attributable to the Pan-Borneo Highway and the MRT2 project packages.

“This is in line with the government’s focus to improve public transportation under the 11th Malaysia Plan period beginning 2016 until 2020,” Ahmad Asri added.

Meanwhile, the construction industry is expected to grow 8.7% this year compared with 8.2% in 2015.

In the third quarter, the industry registered a growth of 8.2%.

As for residential and non-residential projects, both categories took a backseat in 2016, receiving the brunt from global uncertainties.

Some of the external developments which had a hard hitting impact were the outcome of Brexit and the US presidential election; tightening of loans by financial institutions; overhang of existing stocks of houses; depreciation of the ringgit and the wait-and-see approach adopted by consumers.

Moving into 2017, Ahmad Asri said the outlook for the construction industry, expected to grow by 8.3%, looked encouraging as the expected improvement in the domestic economy would be parallel to world economic recovery.

“The MRT2 (Sg Buloh-Serdang-Putrajaya) and Menara Warisan Merdeka projects are anticipated to contribute significantly in the upcoming years.

“As they are newly awarded projects and being awarded in packages, the impact of both projects are yet to be seen in 2016,” he said.

Both projects are expected to enhance the construction sector’s performance and boost activities, through commercial and housing development around the surrounding areas.

“A new connecting-infrastructure will serve the transportation demand of the increasing population and reduce traffic congestion while a new commercial landmark will bring new business opportunities and stimulate economic growth,” he added.

Based on CIDB database, Ahmad Asri said 22 packages of the MRT2 project valued at RM24.1bil and 10 packages of Menara Warisan Merdeka project worth RM3.8bil have been awarded.

“Under Budget 2017, the government will continue to fork out various means of financial assistance, subsidies and incentives to stimulate the housing sector, particularly the construction of affordable housing,” he said. – Bernama 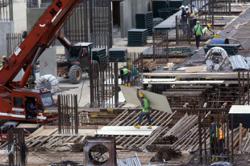 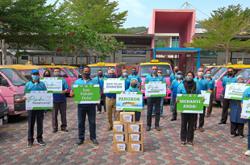