Malaysia Airlines in talks to rent out A380s for pilgrimage flights

LONDON: Malaysia Airlines is in talks to rent out its A380 superjumbos to religious travel groups for haj and umrah pilgrimages, its chief executive said, in a move likely to trim financial losses and dispel some recent gloom over demand for the huge jets.

Malaysia Airlines has six of the world’s biggest jetliners but says the Airbus jet does not make economic sense for it at a time when it is cost-cutting as part of a restructuring. Past attempts to sell the planes have failed.

CEO Peter Bellew said the airline was in talks about a possible “wet lease” deal with a number of religious travel organisations that would hire Malaysia Airlines aircraft and crew to fly people on the haj and umrah pilgrimages.

The haj is an Islamic pilgrimage to Mecca in Saudi Arabia and takes place once a year, with more than one million people travelling by air, while the umrah pilgrimage can be taken at any time of year.

Talks between Malaysia Airlines and the potential customers started about 10 weeks ago and Bellew, who took the CEO reins from Christoph Mueller in July, said he is confident of reaching an agreement before the end of December and that the planes would be used for eight months a year.

“I believe it will happen,” he told Reuters, adding that any deal would more than cover its A380 costs.

A deal to re-deploy the A380s would be a welcome development for Airbus, which was forced to announce a cut in production of the aircraft because of weak demand for large four-engined jets as airlines fretted about the global economy.

Many airlines say it is less risky and often cheaper to fly smaller two-engined jets that are easier to fill.

Though it usually focuses on selling new planes, Airbus is closely involved in trying to kickstart an alternative follow-on market for used A380s because an overhang of unwanted jets would depress resale values and make it even harder to sell new ones.

The fate of the Malaysian jets has been a source of market uncertainty for months.

Concerns over demand increased when Singapore Airlines announced last month that it would not renew a lease on the first A380 that went into service in 2007.

Others, including Air France and Qantas, have already balked at taking some undelivered new A380s, though Dubai’s Emirates remains a big fan of the jet.

To ease the transition, Malaysia Airlines is in discussions with Airbus about reconfiguring its A380s, which usually have 544 seats in three classes, to fit 700 people for the pilgrimages. Bellew said Airbus is open to the possibility.

Airbus said it was in daily contact with its customers but the details of any discussions would remain confidential.

Malaysia Airlines said in February that it had delayed plans to sell some of its A380s, and would now keep all six of them at least until 2018.

But the Kuala Lumpur-based carrier has been struggling since the disappearance of flight MH370 and shooting down of flight MH17 over eastern Ukraine, both in 2014. 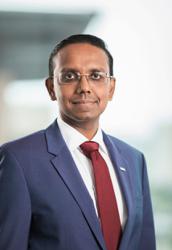