The tour guides cleverly incorporate Kamdar into the heritage walk and talk about traditional costumes on display at the store.

In a filing with Bursa Malaysia on Tuesday, the textile retailer said the Court of Appeal had on Sept 5 declared a mistrial and ordered to remit the case for re-hearing before a different judge in the High Court.

The group also claimed general, aggravated and exemplary damages, compound interest and other relief as the court might deem fit.

The suit followed findings of special auditors appointed by KGMB, who found that there were four non-business withdrawal transactions totalling RM8.84mil effected from Kamdar Sdn Bhd’s bank accounts in March 2005 by “two individuals who were former officers of KGMB.”

The special auditors, Morison Anuarul Azizan Chew, also concluded that in Kamdar Sdn Bhd’s general ledger, these transactions were wrongly recorded and the financials were misstated to indicate that they were loans taken by a former director and were subsequently set off by advances from some shareholders.

On June 1, 2015, the High Court dismissed Kamdar Sdn Bhd’s claim against the three defendants and ordered the company to pay them RM60,000 each in cost.

It was reported that in dismissing the claim, the High Court referred to the accounting record that showed that the RM8.8mil was taken out as loan to KGMB’s late chairman and founder Harsukhlal Maganlal Kamdar who passed away in April 2008. 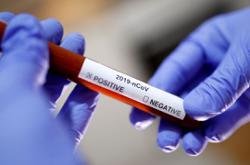