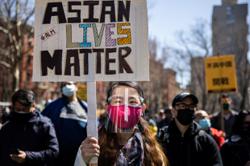 Assoc-Prof Zorah: ‘Many younger consumers are aware and familiar with these home-grown brands.’

Trend found to be consistent across multiple categories

DESPITE the presence of global brands in Malaysia, home grown brands are able to hold up well and remain a preference to many. This is so, especially when coming to the younger age group, the Gen Y.

The latest findings are further testaments to this inclination by this group. The 2016 Malaysia’s Gen Y’s Top Brands study revealed that made in Malaysia products and home-grown Malaysia brands are significant in the lifestyles of a majority of respondents. This trend is consistently reflected in Malaysian Gen Y’s selection across multiple categories, from their choice of car, restaurants to daily consumables such as coffee and biscuits. Among the brands that have been well received are that of AirAsia

To determine Malaysia’s Gen Y’s Top Brands, a partnership was recently formed with Open University Malaysia (OUM) Business School to conduct both face-to-face and online surveys in the local language. More than 50 categories, including online marketplace, food and beverage and fast-moving consumer goods, to electronics and beauty and wellness were covered.

Commenting on the findings, OUM Business School Assoc-Prof Zorah Abu Kassim says the findings showed that Gen Ys are familiar with made in Malaysia products and home-grown brands as they are widely available in the country.

“Many younger consumers are aware and familiar with these home-grown brands or made in Malaysia products as many of these products enjoy good coverage and advertising in the local media. It further indicates that local brands have a prominent presence in supermarkets, hyper malls and retail outlets in the country,’’ she adds.

In general, for Malaysian Gen Ys, value and product quality are almost as important as brand names and their associated images. In comparison with Gen Ys from other Asian cities, the findings showed that Malaysian Gen Y’s choice of brands display their sense of practicality while balancing an interest to pursue a well-balanced lifestyle.

This is somewhat in contrast to the findings of China’s Gen Y who display their keen interest to pursue a quality lifestyle through their brand choices, comprising significantly more imported and luxury brands. As such, China’s Gen Y seem to consider brand names and their associated images as being important extensions of their individual identity.

The findings cover five countries, namely Singapore, Malaysia, Indonesia, Thailand and China. Out of the 39 top-of-mind brands which are commonly loved by most of Asia’s Gen Y, 14 are Asian-originated brands, which makes up a healthy 36%. This reflects the trend of not just the rise of Asian-originated brands, but their strengths and significance too, especially since Asian companies have always been considered relatively late-comers to brand building. Uniqlo, Watsons, AirAsia and Samsung – are just some of the rising Asian brands of high recall, the study shows.

From the research, it shows that Asian-originated airlines are highly popular with Gen Y, dominating up to 88% in their top five airlines of choice. While AirAsia has built a strong reputation in Malaysia, it is particularly noteworthy that AirAsia is the common choice among all surveyed, emerging within top five brands of mention in Asia’s Gen Y’s choice of airline.

When it comes to banking, local banks are natural top choices. For this category, it has emerged that international banks have yet to make an impact with the Gen Y respondents. In fact, CIMB is the only bank that is mentioned across two countries, the main factor of which could be due to Islamic banking needs, it notes.

In the category of car, Perodua and Proton are among the preferred brands of Malaysian Gen Y.

Meanwhile, Influential Brands director of strategy Jorge Rodriguez says: “The results are important because while it’s true that globalisation has resulted in brand convergence i.e. more people showing preference from a basket of internationally known brands, the survey has also revealed Gen Y’s openness to embrace old and new brands. In the above categories, it seems that brand familiarity and national pride are underlying reasons for these Gen Y choices.”

Influential Brands is a brand leadership platform of Brand Alliance where the latter amasses more than 18 years of knowledge, proven track record and expertise in regional branding for businesses in Asia Pacific. 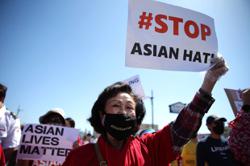