IN a bid to strengthen its balance sheet, construction company JAKS Resources Bhd

“Yes. We do have the intention to divest our Evolve Concept Mall in Ara Damansara if the right buyer comes along,” Jaks’ chief executive officer Andy Ang tells StarBizWeek.

Ang says while the plan to sell the mall is on the table, that the immediate focus is also to further populate and manage the mall with the right tenancy, to further enhance its value.

“Where valuation is concerned, we anticipate the mall to fetch a fair market valuation with its positive attributes and a connection to the Ara Damansara LRT station and also its concept,” Ang says.

In its 2015 annual report, the company then said it geared up to part finance the development cost of the mall.

“The company’s borrowings as at Dec 31, 2014 stood at RM603.7mil compared to RM474.5mil in the preceding year. There has been additional borrowings secured in 2014 was mainly to part finance the development cost of the mall at Ara Damansara,” JAKS said then.

Its property development costs that was capitalised into the latest Dec 31 statements amounted to RM302.6mil.

The company’s net gearing on Dec 31 stood at 0.87 times against an equity position of about RM501.2mil and share capital of RM438.4mil.

Notably, it also had accumulated profits had risen more than four times to RM54.5mil from RM12.9mil a year ago.

Against this backdrop, Ang says that the company does not need to resort to fund raising exercises nor private placements at the moment.

“Our funding needs can be met through our internally generated funds and external borrowings. If the opportunity arises for us to divest our Evolve Concept Mall that would help to further strengthen our balance sheet,” he says.

“We expect the gearing to be at a manageable level if mall disposal could not be crystallised,” he adds.

JAKS last week took the press and several analysts to the ground breaking site where its 30% joint venture Vietnam independent power plant (IPP) will be built on.

“We are comfortable funding this requirement through our internally generated funds or borrowings. We have already invested about US$49mil (RM190.29mil) into the project,” he says.

“We can further fund our equity commitment from cash generated from our existing business, including our US$454.5mil (RM1.77bil) engineering procurement construction (EPC) contract for the IPP,” Ang adds.

He also notes that the income generated from the EPC contract is in US dollars and the company will then be able to reuse the US dollars generated to its joint venture equity.

The company, which was before this known as a water infrastructure builder, has today evolved to become more of a construction and property developer.

Ang says that in FY2015, its infrastructure construction activities contributed to about 50% of its group revenue, with property development accounting for 30% of group revenue.

“Moving forward, revenue from construction activities is expected to be more substantial, as a result of our participation in the EPC works for the Vietnam IPP. This will raise our current total construction orderbook from RM820mil to RM2.71bil,” he says.

“We expect our construction activities to contribute about 70% to our group revenue, with more than 50% of that to be derived from our EPC works on the Vietnam IPP, going forward,” Ang adds.

On the property front, he says that the company’s ongoing property projects are at the tail end of development, with current unbilled sales at RM333mil.

Ang says that revenue contribution from property development could become even more significant when the company decides to launch its RM2bil mixed development project in USJ1.

“Over the longer term, we hope to balance the revenue streams in all three core division with core support from concession income on the IPP when the IPP commences power generation (scheduled in 2020),” he says.

He says these recurring incomes will allow for JAKS to diversify and help it neutralise the cyclical nature of the construction and property development divisions.

“We have now built of ourselves three core pillars of growth. We will still push to expand our infrastructure construction orderbook, sustain our property development activities, and when the Vietnam IPP is completed, we will enjoy recurring income stream from power generation,” Ang says. 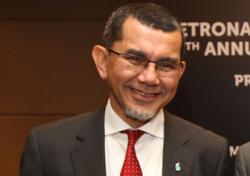