“The proposed plant is targeted for completion in phases from mid-to-end 2018,” he said at the signing of a power purchase agreement between MPAS and Sarawak Energy Bhd (SEB). SEB will supply 150MW to power the plant.

(through wholly-owned subisidary Samalaju Industries Sdn Bhd) each own a 40% stake in MPAS. The remaining 20% equity is held by Arif Enigma Sdn Bhd, an associate of Tradewinds Plantations group.

Syed Ahmad said the technology for the project was developed by Malaysian chemical engineers under the auspices of the Malaysian Technology Development Corp, and that all MPAS shareholders were Malaysian entities.

The project, he said, would strengthen the national food security system.

MPAS’s annual average revenue is estimated at RM2.9bil of which over 80% would be from export income. The plant will provide jobs to some 1,200 people, including engineers and project supervisors.

“This project has a huge downstream potential and will be able to spawn a cluster of no less than 20 different downstream industries for small and medium enterprises,” he said. 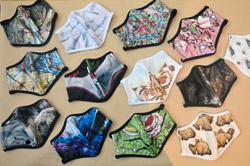