European shares fell on Friday to retreat from a one-week high reached in the previous session. The pan-European FTSEurofirst 300 index, which had risen 1.3% on Thursday, fell 0.6%, while the euro zone's blue-chip Euro STOXX 50 index also weakened 0.8%, Reuters reported.

Petronas Gas lost 16 sen to RM22.18, Petronas Daganagan eight sen to RM24 while Petronas Chemicals was flat at RM7. SapuraKenanca was down six se to RM1.78.

Comcorp surged 27 sen to 64 sen after the the company announced its third quarter ended Oct 31, 2015 results.

Among the key regional markets, 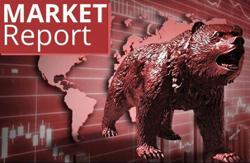