(THB) and two others with insider trading.

The regulator said in a statement that Tan Swee Hock was charged at the Kuala Lumpur Sessions Court for acquiring 632,700 units of THB shares between Aug 20, 2009 and Nov 6, 2009 while in possession of material non-public information.

“Tan, who faces a total of 28 charges, is alleged to have acquired the THB shares through accounts belonging to two individuals, Chan Sze Yeng and Yap Lee Lee,” the SC said.

“Chan and another individual, Cheng Seng Chow, were both charged for abetting Tan in the commission of the offences under section 370(c) of the Capital Markets and Services Act 2007 (CMSA),” it added.

The material non-public information referred to is related to the proposed take-over offer by Kumpulan Kenderaan Malaysia Bhd of THB’s shares.

The take-over offer was announced to Bursa Malaysia on Nov 6, 2009.

The statement said that after claiming trial to the charges, Tan, Chan and Cheng were each granted bail of RM200,000 with one surety and also ordered to surrender their passports. 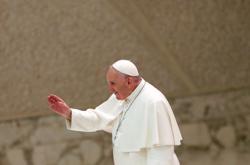