THERE are two questions floating around the property market today: why do house prices remain as high as they are, and what affects these prices? Both are interlinked.

According to Jordan Lee & Jaafar executive director Yap Kian Ann, Selangor and Kuala Lumpur have a population of 7.5 million with 1.85 million residential units. Migration from other states and foreign purchases will enhance demand.

“It is a matter of whether the properties are developed in the correct location, at the correct pricing, type and size,” says Yap.

As for why prices continue to hold, the property market is unlike the stock market. It takes time to buy and sell a property, and while there are many investors out there, a roof over one’s head is considered a necessity.

It is only as a result of the 2008 global financial crisis that property became a sought-after investment asset.

Yap says there are some 30 broad factors which affect prices. Each of these can be further broken down, but fundamentally, it boils down to just demand and supply.

At the very top of the list is location. Says Yap: “Property is always about the location. This is then further divided into proximity and distance to the city centre. Usually, areas nearer to the city centre will have better accessibility and are able to fetch better prices.

This was clearly seen after the 2008 global financial crisis. In Malaysia, prices began to rise exorbitantly from end-2009/2010 onwards. Prices have started to ease this year, but continue to remain high.

The financial crisis resulted in central banks around the world propping up their respective economies and monetary systems by releasing more cash into the system. This resulted in low or negative interest rates.

“The low cost of financing pushed up demand for property investment. At the same time, low interest rates discouraged savings, with savers opting for alternative investment modes such as property,” he says.

Continuing low interest rates, coupled with various marketing schemes which require only a minimal initial outlay, have resulted in speculation. To balance this, various measures have been introduced to cool the sector.

“We have seen several of these today. The aim is to reduce demand and subsequently pricing,” says Yap. Singapore, for example, had about eight rounds of cooling measures over a six-year period. This situation is clearly seen there, as prices of private residential properties have decreased by 1.3% in the third quarter of 2015 compared to the 0.9% decline in the previous quarter, according to the Urban Redevelopment Authority. Some measures will be more effective than others, but the end aim would be to reduce prices to a level deemed satisfactory by the Singapore Government.

In the case of Malaysia, despite the weak market, prices remain high. So, although the Government wants to encourage house ownership, it has to balance this against debt levels. The rate of the non-performing loan growth is expected to go higher next year, as the household debt-to-gross domestic product ratio is a lot higher now at about 88% versus previous years.

Foreigners can buy Malaysian property at a cheaper price in foreign currency terms, but may also worry about further depreciation of the ringgit.

He says property is viewed as one of the best inflation-hedging tools because high inflation erodes net interest returns on fixed deposits and bonds. Over the longer term, property investment offers better gains.

This and the weakening ringgit has prompted foreign investors to actively monitor residential property in Kuala Lumpur.

But due to the current political climate, they are still cautious, says property consultancy VPC Alliance director James Wong.

Although young people continue to bemoan affordability issues, it is unlikely that prices will come down in the short term.

There may be some respite over the longer term if both developers and the Government are prepared to take certain measures.

Probably, the most fundamental issue that needs to be addressed is to have quality and current information to enhance planning, says Khong & Jaafar group managing director Elvin Fernandez.

Right now, state and local authorities are giving approvals. Often, one local authority does not know what the other is doing. Although there is a National Property Information Centre, there is a time lag to these numbers. Continual references have been made to Singapore’s Urban Redevelopment Authority and how they stay on top of the public housing challenge.

The changing tide - how rising interest rates call for prudence

Challenging times in Johor and Penang 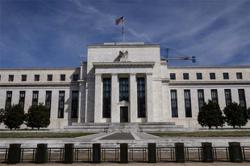