The newspaper folder who made good

CYCLING along Weld Quay one day in December 1971 around lunch time, a 17-year old boy by the name of Cheah Cheng Hye spotted a long queue in front of an office.

Cheah, a student from Penang Free School (PFS), had just taken the final paper on mathematics for the Malaysian Certificate of Education (MCE) examination.

Curious to know what was in front of the line-up, Cheah joined the queue.

“My theory is that if there is a queue in a place like Penang, then there must be something of interest in front.

“It turns out that the people were lining up to apply for jobs with The Star as newspaper folders.

“In the those days the quality of the paper was poor and human labour was needed to fold the papers,” says Cheah, who was conferred a Datukship by the Penang state government in 2013, as he recalled how he got his first job in the media industry.

While others had the opportunity to go to university, Cheah, who was the top student in his class in PFS, had to take up the job as a newspaper folder.

“I folded newspapers for a few weeks until the editor then, K.S. Choong, gave me a job as a cub reporter with a monthly salary of RM120,” Cheah said.

This was how Cheah, who is also known as ‘Goldfinger’ and ‘Warren Buffett of the East’, entered the media industry, where he would excel as a correspondent for major publications such as Asiaweek, Far Eastern Economic Review and Wall Street Journal before making it big as the present chairman and co-chief investment officer of Value Partners, a Hong Kong-based asset management company with a Greater China focus. Value Partners manages US$17bil worth of assets.

In 1974, Cheah left for Hong Kong to take up an offer from Hong Kong Standard.

“I received two offers that year, one from the New Straits Times (NST) and the other from Hong Kong Standard to be a sub-editor.

“My intention was to go work in Hong Kong for three years, save some money, and return.

“I didn’t expect to stay there till today,” Cheah says.

In Hong Kong, Cheah soon took up the job as a correspondent for Asiaweek, Far Eastern Economic Review, and Wall Street Journal, covering major events of the 1980s in the Asian region.

“These events include Dr Mahathir Mohamad’s confrontation with the monarchy, the strike in MAS, and the people’s revolt in the Philippines that ousted President Ferdinand Marcos,” Cheah said.

In the late 1970s, Cheah realised that he had a passion for investment, so he self-taught himself in accounting and investment through reading books.

“My job as a journalist also provided the ideal platform for self-learning and self-discovery.

“As a journalist, you can always ask anything and there will always be someone who is willing to explain and teach you about the subject.

“Thus in the late 1970s, I was picking up on finance very fast without even thinking about it.

“In life, sometimes when you try very hard to be good at something, the results can be disappointing.

“I wasn’t trying to be good in finance. It was a subject that I felt I needed to know better in order to perform well in my job as a financial journalist,” says Cheah.

In 1989, Cheah, who was then 34, took up an offer from the UK-based Morgan, Grenfell & Co to be its head of research and proprietary trader.

“There is nothing dramatic and no big fireworks in my story, which is not as interesting as you think.

“I was doing very well as a financial journalist in the Wall Street Journal.

“When my boss found out that I wanted to leave, he wanted to give me a promotion by sending me to the head office in New York.

“So I always knew that I could always fall back on journalism if I failed in the financial world.

“The safety net was always there, so I felt very safe,” he says.

The years spent as a youth growing up in Penang in the 1960s and 1970s prepared Cheah for the challenges he faced in the financial world.

The social and economic circumstances in those days were harsh for many young people, as unemployment was very high, especially after May 13 1969 and the introduction of the New Economic Policy in 1971.

“In my case, my father passed away when I was nine years old, and I had to work since that age.

“I used to serve noodles at the Chowrasta Market when I was 11 years old. In my teens, I have to rush back after school at 1pm to help my uncle at the Sia Boey market to distribute pineapples in baskets taller than me to hawkers on a bicycle.

“And we were hungry most of the time as there was never enough food while growing up.

“My situation was not unique. Most of the teenagers growing up during that time faced varying degrees of such hardship,” he said.

When asked about his philosophy of success, Cheah says it is important to make a difference to your employer and in whatever you do.

At Morgan, Grenfell & Co, Cheah pioneered the idea of doing research on small and medium capital companies that were left out of the Hang Seng Index, because they were thought not to generate enough business or have good corporate governance.

“The Hang Seng Index dealt with only 34 large companies, while there are some 400 companies in the Hong Kong market.

“That means I have some 370 companies under my area of research.

“I told my boss that since Morgan, Grenfell & Co was late in coming to Hong Kong, it had to do something different and not follow what others was doing to be successful.

“So I invented myself as a specialist of small to medium capital stocks and became successful,” says Cheah. 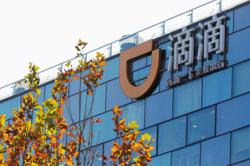