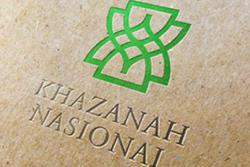 THE change in Silver Bird Group Bhd’s name has yet to change High-5 Conglomerate Bhd’s fate.

In fact, the company’s financials are not improving and now, its regularisation plan is rejected by Bursa Malaysia as the regulator doubted High-5’s ability to fully eliminate the accumulated losses under the revised plan in the near future.

The rejection of the regularisation plan sent the stock tumbling with the company losing 47% of its value over the past two days to 4.5 sen a share.

Bursa also highlighted that the accumulated losses of High-5 was RM450mil as at end-April. High-5’s losses widened to RM25mil for its first half ended April 30, 2014 compared with a loss of RM21.49mil a year earlier.

However, that does not affect its financial white knights’ commitment in turning the company around.

Covenant Equity Consulting Sdn Bhd and Suncsi Holdings Sdn Bhd collectively pumped in RM16mil last July into the company. In return, they received RM16mil worth of redeemable preference shares of RM1 each that are convertible into 160 million High-5 shares with a par value of 10 sen each plus 320 million free warrants.

Vincent Chew of Convenant Equity Consulting, who leads the task of turning the company around, tells StarBizWeek that the financial white knights are in the company for a “long haul” and firmly believes in the fundamentals of the business.

“Whether or not the company remain listed, the fundamentals of the business remain unchanged. We will still try our best to turn the company around,” he says.

The PN17 counter risks being de-listed if it fails to submit an appeal against Bursa’s decision to reject its regularisation plan by Sept 5.

Failing to do so, the company will be de-listed on Sept 10. Trading in the counter will also be suspended with effect from Aug 14.

It is understood that the board is thinking of submitting an appeal to Bursa soon.

Chew also says some of the schemes it employed are starting to show results although it may take more time for High-5 to break even.

The plan was to see High-5 break even in the first half of this year but that has yet to be achieved.

“In reality, it is taking a bit longer for the plans to work,” he says, adding that the white knights will strive to save the company even if it means injecting more money.

He adds that they are in talks with new lenders to get fresh funds to see the turnaround plan work.

“I won’t put a definite amount in how much more we are pumping in but all I can say is that we are fully committed.”

To be fair, Chew and his team had just taken over the role of turning the company around when the then Silverbird was on financial life support. They later found out that the situation was worse then first feared.

The operating environment on the other hand, is not working in High-5’s favour, which doesn’t have flour mills of its own.

The brand used to command some 18% of the bread market in the past but that number has dwindled to just 5%, according to Chew.

Billionaire Robert Kuok’s “Massimo” bread, which entered the market in 2011, gained popularity very quickly underpinned by its aggressive pricing strategy and benefited from his ownership of flour mills. The subsidy rationalisation pushed up flour prices and had pressured margins of bread makers as they had to maintain selling prices to remain competitive.

“If you notice, food prices such as a plate of fried kuey tiaw has increased from say RM3.50 to RM5.00 but bread prices are still the same over the years,” he quips.

He notes that one of its competitors has revised the price of one particular product and that can be a precursor to players reviewing their prices of bread.

“Our bottomline will definitely improve if we adjust our pricing,” he says.

Other than that, High-5 will continue to introduce new products, including one next month.

It also aims to increase sales systematically based on the study of its point of sales in order to improve market share.

“The market size of bread is valued at about RM150mil per month in Malaysia and Singapore, so there is still space for us to grow. We firmly believe in the quality of our products,” he says, adding that it is eyeing to triple sales in three to five years.

High-5 is looking to reduce return rates by a further 10% of sales. Higher return rates will impact profit as bread is supplied generally on consignment terms.

“The return rate used to be about 30% at some point but it has improved a lot after the injection of funds,” he says.

Another cost-cutting measure will be the savings from the rental of its factory.

Any turnaround in sight will be music to shareholders’ ears.

Bhd, raised its stake to 14.15% in late September 2007 as units related to the conglomerate bought 18.71 million Silver Bird shares between Sept 27 and Oct 1 from the open market. During that period, the stock was trading at 69 sen.

Other major shareholders are Koperasi Permodalan Felda (M) Bhd and Lembaga Tabung Haji with 12.7% and 5.84%, respectively.

A person familiar with the company says Berjaya Corp was a passive investor in the breadmaker.

“There could only be a collaboration between the two companies it makes any commercial sense,” he said when asked what Berjaya Corp would do in this case.

Earlier on, there were ideas that High-5 could leverage on Berjaya Corp’s resources such as the conglomerate’s convenience chain 7-Eleven to further enhance High-5’s distribution and sales.

On the other hand, the clock is ticking as there is a possibility that shareholders’ money might be stuck in an unlisted company if High-5 does not plan its next move right. 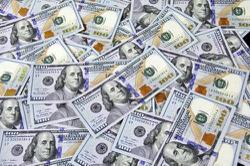 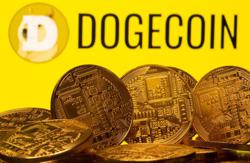