, is seeking reimbursement from the Government for the amount spent on its research and development (R&D) programmes to produce new cars.

Its chairman Tun Dr Mahathir Mohamad said Proton would be launching a new car by the end of the year and seeking reimbursement from the Government for its investments in R&D works.

“We have asked the Government to reimburse some of the money we invested on R&D projects,’’ Dr Mahathir told reporters when met after launching the “Drive for Gaza” fund-raising campaign to help victims in the Palestine-Israeli conflict.

“This is a normal practice in the car industry, where incentives are given to carmakers for development of new technology,’’ Dr Mahathir said, citing South Korea as an example.

According to Proton, the new car had cost as much as RM300mil to develop.

Dr Mahathir said Proton never received any direct cash handouts from the Government and had over the years invested its own money for R&D projects.

He said in the past two years, it had launched two new car models, which it had developed in-house.

Proton was taken private by DRB-Hicom

in 2012 after it acquired a controlling stake in the carmaker from Khazanah Nasional Bhd.

Khazanah decided to divest its interest after its attempts to restructure the company with the entry of foreign car manufacturers failed to get the approval from the Government.

Proton, despite launching two car models –the Preve in April 2012 and the Suprima in August last year – continued to struggle with slumping sales.

Proton sold 52,920 units of cars as of end of May, slower by 2% compared with 53,909 units it achieved during the same five-month period last year.

Also, the non-national cars that are viewed as having better build-quality have gained market share over the years because of their ability to produce vehicles at competitive prices.

The dismal performance of DRB-Hicom’s share price reflected Proton’s operational challenges and “investors’ disappointment” over its inability to turn around Proton after acquiring it two years ago, Public Investment Bank said in a note yesterday.

The firm said Proton would be launching a a new model under its global small car (GSC) programme by as early as the third quarter of 2014. “We believe the GSC will be Proton’s key product to provide the sales volume necessary for Proton to break even,’’ it said. 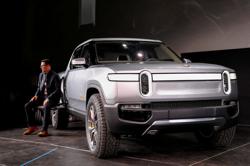