A bird’s eye view of the land where the proposed project will be located.

PENANG-BASED developer Seal Inc Bhd is set to make a grand entrance in the Klang Valley with its flagship project in Cheras, Kuala Lumpur.

The usually quiet suburb of Bandar Sri Permaisuri, just off the East-West Link, will be the site for Seal’s 12.5-acre mixed development dubbed Queensville – a play on the Malay word permaisuri, or queen – valued at RM800mil to RM1bil.

The leasehold project comes in five parts – serviced residences, flexible suites, an office tower and shoplots, all anchored by a mall.

Seal CEO Chuah Chong Ewe tells StarBizWeek that the land, just a stone’s throw from Taman Tasik Permaisuri, a popular recreational park for Cheras folk, is possibly one of the last remaining contiguous parcels within a ready township.

Under the pact, City Hall is to be the landowner, and Seal and Dwitasik the developers. City Hall's entitlement is 20% of the gross profit from Queensville, plus a minimum guaranteed profit of RM30mil, provided Seal is exempted from any requirements for affordable housing. 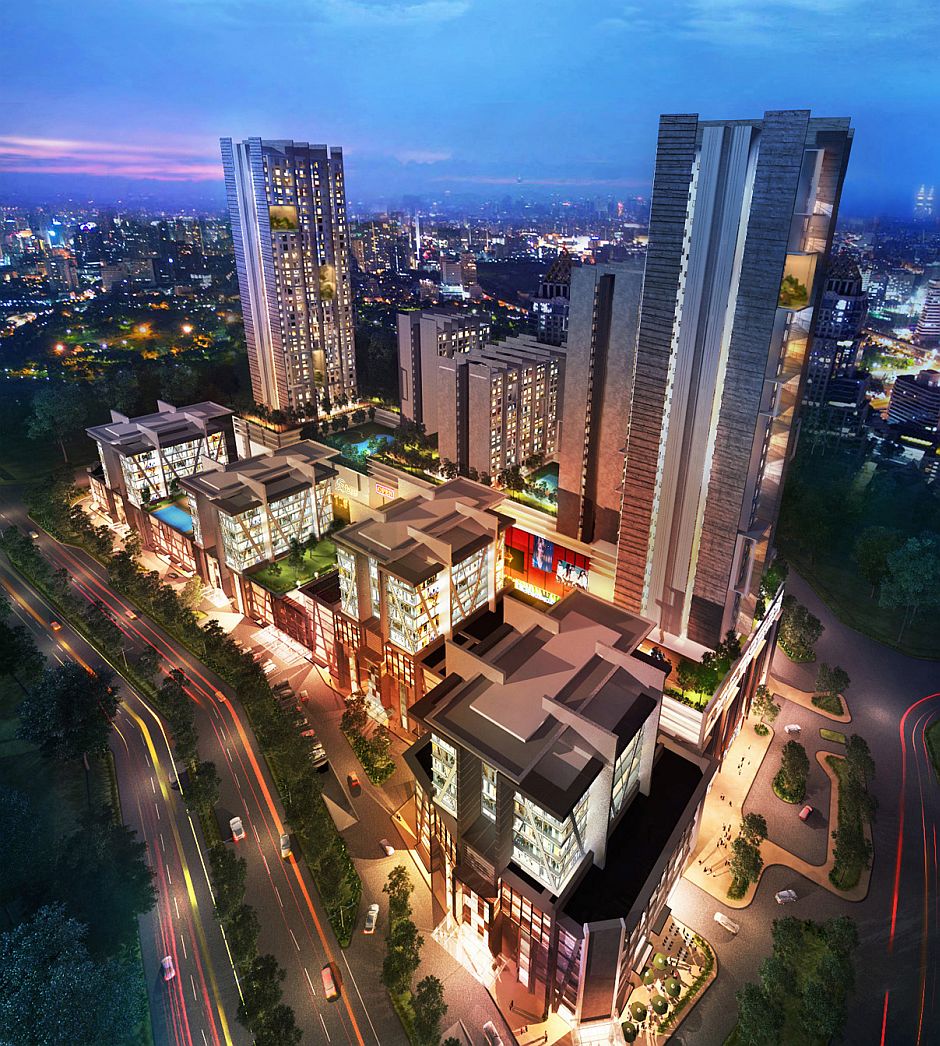 An artist’s impression of Queensville development.

Take away the 20% owed to City Hall, and the remaining profit will be shared on a 60:40 basis between Seal and Dwitasik.

In addition, City Hall will charge a sum of RM38mil for the land premium. Seal’s portion of this is RM36mil, with the rest to be settled by Dwitasik.

While the terms of this arrangement may be puzzling to some, Chuah thinks it provides an attractive entry point, especially for smaller-sized property players that don’t have the firepower of an established developer.

“We don’t mind sharing the profit as long as we don’t have to fork out huge upfront investments,” he says.

But why take the plunge so far from its home base up north?

“We decided that we had to have to something sizeable for our first flagship project in KL,” Chuah quips. “Integrated developments are the flavour of the moment. If you try to sell just one block of apartments, there are no takers.”

One year on, Queensville is close to being launched in the third quarter of this year. Chuah: ‘We don’t mind sharing the profit as long as we don’t have to fork out huge upfront investments.’

Registrations will open this month for phase 1, comprising three and four storey shoplots, flexible suites and an office tower.

The flexible suites, totalling 480 units spread across eight levels and three blocks, start from RM300,000. The suites sit on top of the shoplots.

Phase 2 of Queensville, meanwhile, will see the rollout of three of the five blocks of serviced residences by end-2015.

The 412,000 sq ft mall will also be launched under phase 2. Seal intends to keep the mall for rental income. The final two blocks of 31-storey serviced residences in Queensville – and the tallest buildings in the development – are scheduled for sale in 2016. There are 480 units sized between 800 sq ft and 1,200 sq ft.

Queensville will serve a walking distance population of 200,000, and enjoys proximity to a number of KTM and LRT stations.

The entire project, which will be fitted with over 3,000 parking bays, is expected to be fully-launched within five years and completed in about seven years, Chuah says.

For the first phase, Seal is targeting a take-up of at least 50% within six months of launching.

“The caveat emptor is whether the market can take it. In Penang, for example, we rolled out 1,000 apartments in nine months because demand was that strong at the time,” Chuah notes.

Queensville has obtained the development order and is awaiting the approval of its building plans, after which it will finalise the costing.

Asked why Seal won’t hold on to the shoplots, Chuah replies candidly that “we need the money”.

“We don’t have a rich parent like YTL or Sunway. The money (from selling the shoplots) will be a big help for construction.”

Despite the prudent lending guidelines and other tightening measures imposed on the property market since earlier this year, Chuah maintains that the sales pipeline for Queensville looks healthy.

“Our shoplots are not aimed at the speculative market. We will sell them en bloc at RM3.5mil per block and higher.”

Profit margins for the whole project are expected in the range of 20%, executive director Doris Fang says.

In a stock exchange filing dated Feb 22, 2013, Seal had said Queensville was estimated to deliver a net profit of RM80mil.

To be sure, Queensville isn’t Seal’s first foray into the Klang Valley.

“Some people may ask if we have what it takes to build and manage a mall. But we have been managing Selayang Mall for 15 years, and it is 100% occupied,” Chuah explains. “We are one of the few developers in town that understand leasing.”

Selayang Mall, near Batu Caves, has a GFA of 850,000 sq ft. The building was sold to AmanahRaya seven years ago for RM120mil, before AmanahRaya became a real estate investment trust.

“We sold Selayang Mall because we needed cash for the restructuring,” Chuah says.

Seal continues to manage the mall under a 10-year sale and leaseback agreement with AmanahRaya, under which the latter reaps an average yield of 8% per annum.

“Anything above their (AmanahRaya’s) fixed return belongs to us. After paying for the lease to AmanahRaya, we still make RM3mil to RM4mil per year, or RM250,000 a month.

“This arrangement is an incentive for us to create value, and also a source of recurring income,” Chuah points out.

The lease expires in three years, but Seal has a first right of refusal if anyone else intends to take over management of the mall.

The complex, which counts Parkson as an anchor tenant, generates rental of roughly RM20mil per annum, Fang explains. Seal charges its tenants between RM2 and RM20 per sq ft for rental.

“Suburban malls tend to deliver better margins than regional malls. Imagine how much the central malls have to spend on festive attractions and international brands, which usually bargain for lower rentals,” Chuah says.

Seal’s property investment arm raked in a turnover of RM19mil for the financial year ended June 30, 2013 (FY13) and gross profits of RM3.5mil, which translates to a margin of 17%, making it the company’s second most profitable business behind property development.

In FY13 the group’s property development revenue rose to RM139.1mil, with a gross profit of RM51.39mil and margin of 37%, boosted by sales of the first phase of its Bayan City mixed development in Bayan Baru, Penang.

That project was also developed on a joint-venture (JV) basis with the landowner.

JV for the win

“It’s tough for a developer to borrow. We don’t have the balance sheet of the big boys," Chuah quips.

“And we can’t build just a few rows of shop houses – that won’t get us anywhere. The only way for us to stamp our mark is through these JV deals.”

Its total debts as of end-December stood at RM1.21mil against cash and near cash of RM14.32mil, putting in a net cash position of RM13.11mil.

Chuah says the company will borrow money if it needs to buy land and is comfortable gearing up to 50% or 60%.

Fang also acknowledges that its impressive property development margins of near 40% in FY13 will be a tough act to follow.

“We work hard, but we were also lucky. That kind of margin is difficult to see again in the current property cycle,” Chuah quips, adding that Seal’s margins are likely to normalise to the 20%-25% range.

Besides Queensville, Seal is working on phase 2 of its 22-acre Bayan City integrated development. Having completed phase 1, Seal has 12.5 acres left for the project on the southern side of the island.

The firm has also acquired up to 200 acres of greenfield land in Sungai Petani, Kedah, which it may use to build landed homes and commercial buildings.

In addition, Seal owns 1.92-acre in Langkawi’s Kuah town, but it has no plans for the freehold tract at the moment.

“The land doesn’t incur any holding costs and there’s value in it. However, Langkawi isn’t a fast market,” Chuah says.

In the meantime, Seal intends to beef up its landbank in the Klang Valley and Penang.

“Land is expensive now, but prices are unlikely to drop. If we don’t act, we will be priced out of the market,” Chuah stresses, adding that Seal will remain focused on pocket land of eight to 10 acres.

“That will help us save on infrastructure costs as well. The property market isn’t as lucrative as it was three years ago. We need the right landbank, at the right location and right price. Our expansion will be cautious.” 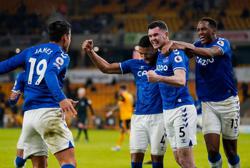