KUALA LUMPUR: Malaysia topped the countries in the world with the highest Power Distance Index (PDI) of 100, according to a study by Professor Geert Hofstede cited by the Iclif Leadership & Governance Centre’s Asian Leadership Index 2014.

The study showed Malaysia’s rating was also in line with the general trend in Asian countries with unusually high levels of power distance. The PDI has a scale of 1 to 120.

Other countries that came in order after Malaysia on the list was The Philippines (94), Bangladesh (80) Sri Lanka (80) and China (80).

The country with the lowest score was Austria (11) while other countries in the region such as Japan was the third lowest (54), followed by Australia (36) and New Zealand (22).

The notion of power distance was studied and popularised by Professor Geert Hofstede in the 1970s and it measures the extent for which the less powerful members of organisations and institutions such as the family accept and expect that power is distributed unequally.

“This represents inequality, but defined from below, not from above.

“It suggests that a society’s level of inequality is endorsed by the followers as much as by the leaders,” the report said.

The report added that countries’ high power distance may observe traits such as those in authority openly demonstrating their rank, politics being prone to totalitarianism and class divisions within society were accepted.

Meanwhile, the key leadership gap missing in Malaysia was the communicative attribute and the most desired attribute in a leader locally was a visionary one.

“Asian professionals need a vision they can believe in and a relationship built on mutual respect that really works for both the leaders and those led.

The findings were revealed after 15-month qualitative and quantitative study among almost 3,500 respondents from 18 countries.

In the study, selected senior and emerging leaders were asked about ‘what’s ideal’ and ‘what’s missing’ in their current leaders. 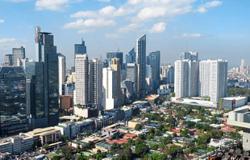 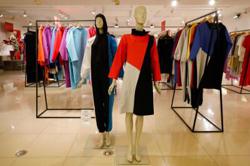 Makers of PPEs in the Philippines seek tax break