SIME Darby is currently evaluating the best option to extract value for shareholders, amongst which includes the listing of its property division.

We expect the property listing to happen at the earliest in 2014, as the group looks at various options and combination of assets for the exercise while continuing to focus on streamlining core operations, capitalise on synergies, and achieve operational excellence.

Not to be discounted is the option of pooling the property assets of the Sime Group – including 29.8%-owned Eastern & Oriental and its 40% stake in the Battersea project – with those held by PNB – including SP Setia, Island & Peninsular and Pelangi – to create a giant property group in the country.

There are substantial hidden values in the Sime Group to be unlocked, as evident from IOI Corp’s revaluation and impending listing of its property development and property investment businesses as well as transaction prices of RM20 to RM25 per sq ft (psf) for recent land purchases in the Klang Valley.

According to its chief operating officer, the group’s land bank that has been identified for property development could amount to as much as 35,000 acres.

Sime also owns investment and hospitality properties in Malaysia, Singapore, Vietnam, the United Kingdom and Australia with a total built-up area of 620,616 sq m with a NBV of RM1,329.6mil averaging RM199 psf.

Revaluation of just the existing development land bank of 11,666 acres at a conservative RM10 psf would enhance the valuation for Sime by about 85 sen per share.

Revaluation of the 35,000 acres identified for property development would add another RM2.54 per share.

The potential value enhancement is therefore huge and shareholders should be able to monetise some of these gains from a restricted offer of shares, especially at an attractive offer price as in the case of IOI Corp.

While looking forward to the listing of its property business, we see a number of challenges to the group.

Key among them is the weakening crude palm oil (CPO) prices, driven down by unimpressive exports growth, prospects of weaker demand from China and India as growth slows, and expectations of a seasonal upsurge in CPO production.

With fourth quarter financial year 2013 fresh fruit bunches (FFB) production likely to be about 2% lower quarter-on-quarter and unless there are significant offsets from the other core divisions, financial year 2013 core net profit might just be around RM3,000mil, 4.5% below our forecast of RM3,142mil and 8.7% below the consensus average of RM3,286mil.

Key performance indicator net profit of RM3,200mil (based on a CPO average selling price assumption of RM2,700 per tonne), however, can still be achieved if the estimated one-off gain of RM340mil from the disposal of the healthcare business is included.

BOUSTEAD has announced the proposed privatisation of its 53.6%-owned Al-Hadharah Boustead REIT.

Other major shareholders of the REIT are Lembaga Tabung Angkatan Tentera or LTAT (12.7%), Kumpulan Wang Persaraan or KWAP (8.1%) and Lembaga Tabung Haji (7.7%).

Based on the privatisation offer price of RM2.10 (17% premium to net asset value (NAV) of RM1.79 and 12.3% premium to last close of RM1.87, including special dividend of 20 sen/share), Boustead would need to fork out RM611mil to take the REIT private.

As at 31 March 2013, Boustead had a net debt position of RM6.5bil or 1.2 times net gearing, which would increase to 1.4 times with the privatisation. The exercise is expected to complete by end-2013.

Including the REIT’s 19.900ha of plantation land, Boustead will then own a total plantation land bank of 81.300 ha (84% planted). It plans to list the enlarged plantation business within the next 12 months.

Assuming a valuation of 16x price per earnings (PE), the enlarged plantation business could raise RM720mil (13% of market capitalisation) for the group if Boustead divests 40% equity stake. This is likely to unlock value for the group given the potentially higher valuation.

In addition, the proposed privatisation would remove the elements of profit sharing and fixed land rental (in the REIT), and ultimately benefit the group should CPO prices recover faster than expected.

We maintain “hold” with target price of RM5.30.

Boustead’s valuations are fair at 13 times earnings per share of financial year 2013 forecast and 1.1 times net tangible assets on the back of flat year-on-year earnings growth. Dividend yields are attractive at 6% (70% payout).

Its 2013, key performance indicator of 30 sen dividend per share is in line with our forecasts.

We understand that concerns were on Kinsteel’s poor financial performance and difficult steel market conditions, which have caused its weak liquidity position.

In the rating downgrade, MARC highlighted that the group has not complied with the requirement under the debt programme to build up its Finance Service Reserve Account (FSRA) by RM5mil. This payment into FSRA was due on July 6 and was for its MTN which will be maturing soon.

The group has 40mil notes under its CP/MTN programme and RM10mil under its MTN programme with principal payments due on Aug 28 and Sept 6 respectively.

Our main concern is on the group’s inability to build up its FRSA which is one of the conditions for its debt programmes.

This could trigger an event of default by bondholders and potentially a recall of all outstanding under the programme.

There is a possibility of it also missing its payments to service its CP/MTN and MTN which will be maturing soon. We view this as material as it may also lead to a classification of PN17 as a company under financial distress.

In view of the group’s high gearing (debt/equity) ratio of 1.9 times as at first quarter of the financial year 2013 coupled with its weak operating cashflow, we are less optimistic on its ability to source for further external funding to meet its liquidity needs.

As highlighted above, any debt restructuring may lead to a negative impact on the equity position of shareholders/investors.

We now ascribe a lower price-to-book (PB) multiple of 0.5 times on book value of equity per share for the financial year 2013 compared with a PB multiple of 0.8 times previously. This changes our target price for the stock to 26 sen (previously 41 sen).

We now downgrade our rating for the stock from “neutral” to “sell”.

Having achieved RM750mil worth of sales in the first quarter of 2013, it is on track to hit its yearly sales target of RM3bil.

Demand for its Iskandar projects remains robust, and it believes that its sales would be relatively resilient amid the recent and potentially more property curbs.

We recently met Mah Sing to get updates on its development projects (26 ongoing and 9 projects under planning).

The company is planning to launch another RM3.2bil worth of projects in the following quarters, mainlyn the Klang Valley (60% of gross development value or GDV) and Iskandar Malaysia (18% of GDV).

Mah Sing revealed that the bulk of its new launches relate to the resilient mid-priced segment and only 37% of its sold projects’ GDV came under the Developers Interest Bearing Scheme (DIBS).

As of March 13, the company had launched about RM505mil in GDV, recording RM750mil of sales and is on track to achieve its RM3bil full-year sales target.

The company plans to launch a further RM3.2bil worth of projects mainly concentrating in the Klang Valley (60% of GDV) and Iskandar Malaysia (18% of GDV) with concentrations in landed residential properties.

We believe that the move is fair given the future glut that the high-rise residential market may face in the near term.

In terms of pricing of residential properties, about 60% of the developments are priced below RM1mil/unit.

Management expects demand to be resilient despite the recent credit tightening measures on consumer credit.

In addition, management stressed that the pricing of its recent launches have been largely in the affordable range and it could explore alternative sales incentives if the government disallowed DIBS.

The Government is mulling introducing the GST to replace the current sales and services tax.

We understand that should the GST be implemented, developers cannot explicitly pass on the GST cost for residential properties, but are able to pass on costs for commercial properties. 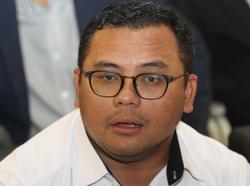