This represented 49.82% of Tradewind's issue and paid-up share capital, which resulted in the joint offerors collectively holding 94.95% of Tradewinds, thus making the offer unconditional.

The joint offerors can proceed to acquire the remaining shares it does not already own within a two-month timeframe.

On Dec 24, 2012, Perspective Lane together with three other Syed Mokhtar private companies Kelana Ventures, Seaport Terminal (Johor) and Acara Kreatif made a joint offer to buy out the remaining shares not already owned by them for RM9.30 per share.

Also included in the offer is the acquisition of all outstanding Tradewinds Plantation irredeemable convertible unsecured loan stocks for RM3.13 each.

Meanwhile, Tradewinds posted a 65% drop in net profit to RM40.35mil in the fourth quarter ended Dec 31, 2012 from a net profit of RM116.2mil in the previous corresponding period, on the back of lower revenue.

Revenue for the period fell 12.84% year-on-year to RM138.22mil due to a drop in revenue in all its operating divisions.

In the rice division, pre-tax profit fell to RM165mil from RM239mil in 2011 due to higher cost of imported rice. Revenue increased by RM101mil to RM3.63bil contributed by higher volume sold.

Plantation revenue fell to RM1.12bil due to lower production and prices of palm products.

In its rubber division, Tradewinds recorded higher revenue of RM1.78bil and pre-tax profit of RM4mil compared with RM504mil revenue and RM51,000 pre-tax loss in the previous year. The improved results were due to the full-year contribution of Mardec Bhd.

The lower pre-tax profit in the sugar division at RM207mil was attributable to the higher cost of production. However, full-year revenue increased 17.6% year-on-year to RM8.152bil.

The company expects its performance in 2013 to be satisfactory. 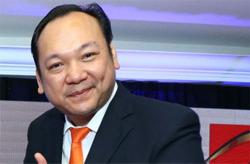 Joint offerors own 92% of Tasek