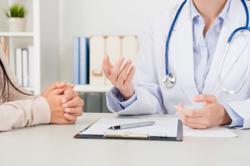 IN the early seventies, a number of multinational companies (MNCs) converged on land near the Penang airport and built warehouses to assemble electronic components. It was the beginning of Malaysia's electronic industry.

Forty years later, the landscape is remarkably different. The Bayan Lepas Industrial Estate is the hub of Malaysia's electronics industry. Modern factories, mostly owned by MNCs, dot the expanse of flat land that lie north of the airport. Here, companies make electronic devices and components for the global market.

High-tech manufacturing has long superseded basic assembly functions. Research and development centres now test processes and devices for use in the manufacture of next generation products and gadgets. MNCs have brought in their own engineers and managers, but Malaysians are now involved in nearly all levels of management and production.

What has been the pay-off for 40 years of investment in this sector? Continuing inflows of foreign direct investment, high levels of employment, strong exports, transfer of technology and skills and a multiplier effect on supporting industries.

The electrical and electronics industry has been the country's largest manufacturing sector and the biggest contributor to exports and employment for many years. It is undoubtedly one of Malaysia's success stories.

But a big question remains. Has it spawned the development of a truly indigenous Malaysian electronics industry?

Do we have companies in this sector which are truly Malaysian and world-class?

One company is staking a claim to be a Malaysian technology champion. Founded in Penang in 2000, ViTrox Technologies Sdn Bhd is owned, managed and staffed by Malaysians. Its technical expertise is home grown. Its products are world-class and ranked among the top five globally in their respective categories. And the company has been profitable since Day One.

In a recent interview, Chu Jenn Weng, one of its founders, details how ViTrox came on the scene, what it has achieved, and what the future promises.

The story of ViTrox is the story of two young men, one from Seremban who studied electrical and electronics engineering and the other from Penang who studied computer science at Universiti Sains Malaysia in Penang. They met while working for the same multinational company after graduation. Five years later, they left the company to realise a dream to build a world-class high-tech company of their own.

Chu's interest at university was machine vision technology, the use of digital signal processing technology to analyse shapes and sizes. When he interned at an MNC in Penang, he continued his research in the subject. He joined the MNC upon graduation and soon ended up heading its machine vision section.

Machine vision technology is used to detect defects in manufactured products in this case, in electronic parts and components. A camera takes a snapshot of the product for example, a joint, an assembly or welding, or even a printed circuit board. It sends the image to a computer which analyses it for kinks or faults which are barely visible to the naked eye. The product is accepted or rejected depending on whether a fault is detected.

Machine vision inspection systems thus act as “gatekeepers”. They ensure that only goods of acceptable quality get through the system.

Inspection systems like these are used extensively by high-tech semiconductor and electronics manufacturing companies. They are purchased from specialist manufacturers in the United States, Japan and elsewhere.

When Chu joined the MNC, he gave the company an alternative: it could design and produce these inspection systems in-house instead of buying them from third parties.

“But machine vision inspection systems was not a core business of the MNC,” Chu says. “Its main business was semiconductors, and it did not make sense for the company to invest in it for the long term.”

The company's decision not to pursue the matter also opened up a new perspective for Chu. “It occurred to me that if I could design and build these systems for one company, I could do the same for other companies too.”

“So the idea of leaving to set up a business of my own to service the needs of the whole industry emerged,” he adds.

Chu had the technical skills to build these devices, but the objective was not to build a laboratory but to start a business. He needed someone to complement his technical skills. In Steven Siaw, he found a fellow engineer who understood technology but was equally adept at dealing with the outside world.

In 2000, the duo founded ViTrox Technology Sdn Bhd. The name is a combination of two words, “vision” and “electronics”, reflecting the lofty ambitions they had right from the very start.

The duo was joined by Yeoh Shih Hoong, a first class honours graduate from USM who turned down offers from big name companies to team up with them. “He took risks to join us at a time when we had nothing to show only our vision and our determination,” Chu says.

“So we consider him a co-founder.”

The three now helm the company. Chu is CEO, Siaw is in charge of sales and business development, and Yeoh oversees technology. ViTrox's parent company was listed on Bursa's Mesdaq market in 2005 and on the main board in 2009.

The manufacture of machine vision inspection systems remains the company's core business after 12 years. “This is our area of expertise, and we remain focused,” Chu says.

Accuracy, reliability, speed and ease of use are the critical selling points of the company's products. ViTrox machines can detect defects of up to 3 microns accuracy (a human hair is about 100 microns), and do this at high speed: up to 20 images a second.

“To maintain our competitive edge, we have to be able to develop new models almost every six to 12 months,” Chu says. “The turnaround cycle is so fast because the technology in the consumer and telecommunications world is changing very rapidly.”

“Our ability to respond quickly to customer needs is one of our strengths,” Chu adds.

ViTrox's strength is its technology. It operates very much like a design house. “We do all our R&D work in-house. Most of the components we need are fabricated for us by third parties.

“We assemble them in our factory, test them, and then ship the final product out.”

People, work culture, and the future

Chu and his colleagues are particularly proud of the fact that ViTrox, which on Thursday received the Prime Minister's Award for Industry Excellence, is a totally Malaysian company. “Ninety-nine per cent of our R&D work is done by Malaysians. Ninety-nine per cent of our staff we are 250 strong at the moment are Malaysians. We produce world-class, and we compete against the best in the world in our line of business.

“We hope we can continue with this track record,” Chu says.

“We are a relatively young company, and we feel we are only just starting out on our journey. The size of the global machine vision market is US$15bil, and our market share at the moment is less than 5%. So, the potential for growth is enormous,” Chu says.

“The technology in our line of business changes very rapidly and we invest a lot in R&D to stay abreast of latest developments and to develop new products.

“Ultimately, our success will depend on the basics: our ability to innovate, maintain quality, anticipate market trends, and respond to customer needs.

“We have shown we are able to do this, and I am confident we can continue to perform at this level,” Chu adds.

“The key to all this is our people. It may be a clich to say that our most important asset is our staff, but in our case it is very true. Without good staff, you get nowhere. With outstanding staff, you can go almost anywhere.

“So we take great pains to ensure that the right kind of people join us. I personally vet through all applications to join the company.

“First of all, we look for people with good technical qualifications. Then we want to see if you have the right attitude towards work, and towards your colleagues. This is very important because if you come here with the wrong attitude, you are going to get nowhere and the company will also suffer.

“You may be surprised if I tell you that the average age of our staff is below 30 years. At 42, I am already one of the oldest in the company.

“The benefit of having such a young team is that they are enthusiastic, they are willing to learn, and they are prepared to put in that extra effort when it is needed,” Chu adds.

This article is part of a series on Winning Companies companies that have achieved outstanding success by being creative and innovative. Research for the article has been supported by the International Trade and Industry Ministry as part of a project to promote public discussion of issues relating to national economic competitiveness. 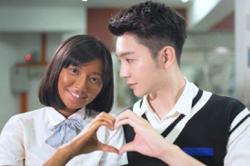