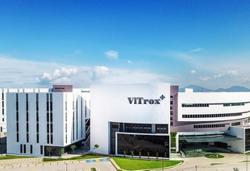 is spending more on research and development (R&D) compared with a year ago to strengthen its global position as one of the world's leading automated vision inspection equipment manufacturers.

Vitrox chief executive officer Chu Jenn Weng says in an interview with StarBizWeek that the group has spent about RM6mil, or 19% of its revenue, for the first six months of 2012 on faster speed three-dimensional advanced X-ray inspection (AXI), which is an advanced optical-inspection equipment.

For the first six months of 2012, the group generated RM9.3mil in pre-tax profit on the back of RM31.4mil in revenue, compared with RM15.3mil pre-tax profit and RM48.7mil revenue in the previous corresponding period.

”We will be spending more in the second half on R&D to enhance our competitive edge in the global market with new products,” he adds.

Vitrox is currently one of the top three manufacturers of the 3-dimensional AXI inspection machine with an integrated conveyor system for checking printed circuit board assembly (PCBA) products used in the telecommunication infrastructure, military and consumer electronics sectors.

“To maintain our competitive edge and positioning, we have to constantly produce high quality equipment and solutions.

“The machines developed must also be upgradable at a cost,” he says.

Chu says there are five prominent players in the world today manufacturing 3D AXI inspection machine with an integrated conveyor system and are located in Germany, the United States, Japan and Taiwan.

“In this competitive environment, it means being able to develop and produce new models in six to 12 months as the technology in the consumer and telecoms world changes rapidly,” he says.

As of June 30, Vitrox has RM43mil cash for new product development, manufacturing and operational expansion activities.

The new AXI equipment, currently being developed to be 15% to 20% faster than the existing range, generates 3D images to check hidden solder-joint defects of PCBA products, Chu says.

Chu adds that the group is also developing the next generation of 3D advanced optical inspection (AOI) equipment.

“The new equipment under development will be able to generate full 3D view of the components measuring 0.4mm (length) and 0.2mm (width) and solder joints on PCBA products for inspection.

“The new AOI equipment, scheduled for release later this year, will also be 15%-20% faster,” he says.

Chu says both the AXI and AOI equipment segment contributes about 60% of the group's revenue.

“For our machine vision system (MVS) business, we have just introduced our new vision inspection system, which has tape and reel features that provide more output options for semiconductor packaging purposes,” he says.

The MVS, generating about 30% to the group's revenue, is used for checking cracks and cosmetic and mechanical defects in semiconductor's back-end packaging of components.

The remaining 10% of the group's business is contributed by its electronic communication system (ECS) division.

In 2011, Vitrox obtained one patent and filed three new patents for its AOI, AXI, and MVS products.

“To date, we have obtained seven patents and are working on more than 17 new technology researches that can potentially be converted into patents in the next one to two years,” Chu says.

Vitrox expects 2012 to be a flat year, compared to 2011, due to the global economic crisis.

“The first quarter 2012 was bad for everyone in the semiconductor industry. The second quarter saw a strong pickup, but the momentum slowed down in the third quarter, which will likely to be flat compared with last year's corresponding period.

“We can't see into the fourth quarter yet, but it is expected to be a flat quarter too against last year's final quarter,” he says.

Chu says the fourth quarter normally can be relied upon to generate sales, but with the global slowdown, orders might come in the last minute and with a short delivery lead time. That means a shorter time to produce the equipment and to deliver.

“The last-minute orders usually come four to six weeks before Christmas,” he says.

Due to the global economic crisis and pressure from competition, pricing power may erode in the near future, Chu adds.

The group's new markets for 2012 comes from North and South America.

“The traditional markets from Asia are stagnant this year, in particular the China market,” he says.

The telecom infrastructure market segment is a key driver for the group's business.

“The implementation of 4G telecom infrastructure worldwide is driving the consumption of telecom devices and support solutions.

“Smart phones and tablets are driving the growth of the semiconductor industry, while the PC segment is slowing down,” he says. 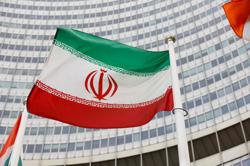