Govt expects franchise industry to comprise 9.4% of GDP by 2020

KUALA LUMPUR: The Domestic Trade, Co-operatives and Consumerism Ministry expects the franchise industry to make up 9.4% of the country's gross domestic products (GDP) by 2020 from 2.2% in 2010, to be supported by four strategic thrusts identified in the newly launched National Franchise Development Blueprint 2012-2016 (NFDB).

The franchise industry generated a total revenue of RM22.34bil from 2006 to 2010 contributed by 404 franchise companies.

Its minister Datuk Seri Ismail Sabri Yaakob said the aim for the sector to increase its contribution to the national GDP would come from the growth of franchisors and franchisees as a result of the initiatives outlined in the NFDB.

“The franchise sales per capita is also forecast to increase to RM2,990 by 2020 from RM470 in 2010,” he told the press after the launching of NFDB with the slogan Franchise for All. Ismail said the NFDB, the first blueprint to be established for the sector in Malaysia, was created to be a platform for the development of the industry to be more energetic, dynamic and progressive with the aim for Malaysia to be a franchise hub in South-East Asia and Central Asia by 2020.

“Under these thrusts, there are 36 strategies with 140 programmes and initiatives,” he said. In line with the slogan of the NFDB, Ismail said the ministry now encouraged that all levels of society to be involved in franchising.

“This is because franchise is a simple form of having your own business where the concept and products have already been planned.

“Thus, under the NFDB, there will be initiatives and funds for micro franchise scheme for business under RM50,000 where the youths, women, retirees, indigenous and the disabled are encourage to participate.

“The Government has since August last year established an RM8mil fund for this purpose, managed by Perbadanan Nasional Bhd (PNS). So far, we have disbursed about RM600,000 from this fund,” he said.

Ismail said the Government was also in support of any franchise company that wanted to expand internationally.

Currently, a majority of Malaysian franchises at international level were concentrated in Indonesia and China. “We want more of our franchise companies to venture into the rest of Asean countries and the Middle East,” he said. 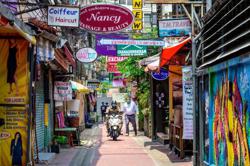 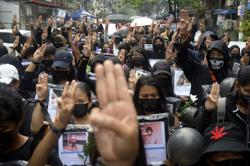