Sunway boss on a mission to inspire

TAN Sri Jeffrey Cheah wants to create more awareness on the importance of education in Malaysia.

When the Sunway Group Bhd founder and chairman launched the Jeffrey Cheah Foundation in March, his reason to do so was simple: “I aspire to inspire before I expire,” he tells StarBizweek.

The Jeffrey Cheah Foundation was set up to enhance the quality of education and provide aid to deserving students from an underprivileged background.

Cheah hopes that other local tycoons would realise the importance of a formal education, take up the challenge and follow in his footsteps.

“Hopefully I can inspire other wealthy people to do the same to build a better society,” he says.

Cheah has ‘locked in’ shares worth RM700mil from the education arm of his business into the foundation.

The shares have been transferred for perpetuity into the foundation and can never be sold.

“In the United States, there are a lot of wealthy people and many of them bequeath half of their fortune to charities when they pass on. In Malaysia, there are a lot of rich people as well. By doing this, I hope they can do something like this as well,” the tycoon says.

The foundation is modelled after the Harvard Foundation.

It is the first of its kind among Malaysian private colleges.

It carries on the mandate of the Sunway Education Trust which has, since its inception in March 1997, given out more than RM50mil.

The four educational institutions under the Sunway Education Group have been transferred to the foundation.

Today, these institutions account for over 16,000 students, of which 30% are from 80 countries.

Under the foundation, operating surpluses from the Sunway Education group will be reinvested into the universities and schools.

The foundation will continue to disburse scholarships and research grants to worthy individuals in various fields of study.

Cheah says the deserving students were chosen based on merit and “selected by an academic committee.”

He says there are currently no plans to set up new institutions under its education arm as “we want to work with what we have and build from there.”

Cheah says he has always aspired to help needy youths accomplish their educational goals - and he had done so by starting Sunway College, the group’s first educational institution.

“We were the pioneers in starting the twinning programme back in 1986.

“That year, the country was in a recession and many families were having a tough time sending their students overseas for their studies.

“With our twinning programme, parents did not have to spend all their money sending their children overseas,” he says.

Cheah says the foundation is “a plan to benefit society,” adding that the foundation’ s board of trustees comprised prominent leaders from the business and socio-economic arenas.

“I am dead serious about this (foundation).

“With prominent individuals as trustees, there is no fooling around,” he says.

With prominent people on board, Cheah hopes the foundation will go on forever.

“I am a long-term thinker. Maybe someday, our education arm will be known as the ‘Harvard of the East.’

“I want the foundation to be around even after 500 years.

“By then, the foundation would be so institutionalised that it can never be destroyed,” he says. 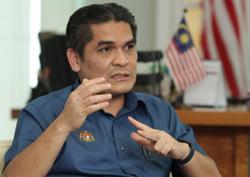