The heart and soul of effective branding 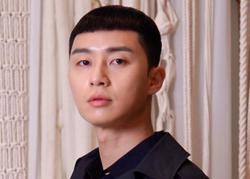 In the last issue, I mentioned how internal branding plays an important role in providing a memorable brand experience for the consumers. As branding is a holistic discipline, one cannot do away with the aspects of external branding.

Brands need to communicate to the consumers on their identities, values and differentiation factors.

The greatest invention that has benefited brand communication has been the advent of the television. It has revolutionised the manner of communicating with the consumers. Consumers are able to view the benefits of the brand and at the same time relate to and feel the nuances of the commercial.

The Internet is also fast becoming a channel of advertising for brands that are on the look out for new mediums that can provide a more effective and targeted reach.

For external branding to be successful, the message conveyed has to be consistent - from the advertisement campaign, PR exercise to all its touch points such as outlets and customer services.

An advertising campaign if implemented effectively helps to strengthen the brand’s identity. The brand is more than a product – it has personality, self-expression, associations and emotions.

These characteristics if conveyed properly engage, seduce the consumers and create a memorable brand experience which most often translate into brand loyalty.

Every Malaysian remembers the DiGi advertising campaign to promote its nationwide coverage.

Its mascot the yellow telly tubby or the Yellow Coverage Fellow (YCF) became the talk of the nation and everyone from kids to adults and old folks were humming to the tune of “I will follow you”, the ad’s theme song.

The advertising campaign strengthened the brand’s position and successfully brought out the brand promise of nationwide coverage.

The YCF is everywhere, on the LRT, in the commercial areas, seated beside you at the kampung bus stop and in your house, always with you and in your life.

Its yellow outfit denotes a sunny disposition, an expression of the brand’s personality and every time the brand is being played everyone could relate it to the DiGi brand, giving it a high recall.

It is very common now for brands to appoint celebrities as their brand ambassadors. These celebrities help to make the brand message stand out amidst the clutter of advertising from the competitors while third party endorsement is the most powerful tool in highlighting the credibility of the brand.

A celebrity that is popular and credible provides the brand with an aura. Take the case of actor Richard Gere in the Visa advertisement launched in 2005.

While the message of the advertisement shows Visa as a financial solutions provider and always available to solve any situations, the ad has a karmic appeal, touching on the generosity of giving and sharing which many of us could associate with. It gives the brand a human touch and evokes the emotional senses of the viewers.

In the FMCG industry, Mamee – Double Decker an instant food manufacturer has appointed Mawi, the local singing sensation and Emylea and Felix to be the brand ambassadors for its new product, Mamee Slrrp. It was a bold move as it was the first time that an instant noodle brand had appointed brand ambassadors to endorse their brands.

The new product is aimed at young people from 15 to 24 years of age, who are constantly on the look out for convenience, satisfaction and image suited to their lifestyle.

This is the age group who are fans of Mawi and the appointment is targeted to increase its market share as the instant noodle segment is considered a matured market.

While advertising and the appointment of celebrities help to strengthen the brand’s position, the internal branding has to be strong to support all the brand promises featured in the advertisements.

The internal and external branding has to merge and align together, to the brand’s identity. For DiGi, it has to ensure that its nationwide coverage is effectively implemented with no breakdown in service and for Visa, the card is accepted at the most obscure place. 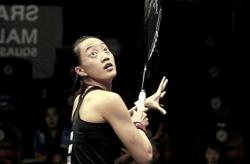 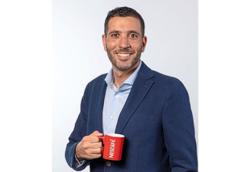