SHAH ALAM: Proton Holdings Bhd yesterday revealed the details surrounding the controversial sale of MV Agusta for one euro, saying the Italian motorcycle maker was headed for bankruptcy even after the company bought it and that further support for Agusta would only drag Proton down.

Members of the current board said the previous board which approved the purchase was not fully aware of the terms of the shareholders’ agreement and that Agusta failed to deliver the synergies expected.

“This was a decision that was thoroughly considered. There was urgency in the matter but it was not hasty. It took five months to come to that point and we hired external consultants and lawyers and, looked at the possibility of restructuring Agusta but found out it was not a solution,'' said Proton chairman Datuk Mohammed Azlan Hashim.

In a briefing for the media, Azlan, together with board member Badrul Feisal Abdul Rahman and managing director Syed Zainal Abidin Syed Mohamed Tahir, recounted the process that led to the disposal of Agusta.

First wind Azlan said the board first got wind of the ongoing troubles at Agusta in early August last year when the Proton representative in Agusta said the Italian company was in dire straits and required additional funding.

The group exco at that time, which was formed to take over the daily running of Proton after former CEO Tengku Mahaleel Tengku Ariff left, decided that a detailed review was needed and Credit Suisse First Boston, along with an Italian law firm, were hired to advise Proton on how to move forward.

“This was also the first time we discovered that in addition to the 70mil euro investment in Agusta (which was to buy a 57.8% stake in Agusta), the Proton group had subsequently injected further sums of money into Agusta,'' said Azlan.

Azlan said Proton Cars UK advanced nine million euros to Agusta and PONSB had given a credit line of up to 30 million euros. The PONSB advances, of which 15 million had been drawn down, were structured along the lines of a parts purchase assistance programme.

He said the boards of those subsidiaries that approved the funding basically comprised management and from a governance perspective, the board was empowered to do what it wanted.

CSFB reviewCSFB had then done its review of Agusta and what it found was “scary” as it found that the existing business model of Agusta was neither operationally nor financially sustainable.

Agusta was unlikely to deliver significant economies of scale even when integrated with Proton.

“Anything can be made to work but it depends on how much money and time you are prepared to spend. If we want to make it work into an operating cashflow positive position, then we have to be prepared for a substantial backing for an extended period at considerable financial risk. In other words, there is no guarantee,'' he said.

Azlan said the board did not know how long it would take for Agusta to turn around neither how much, in total, it would cost.

Faced with the prospect that Agusta would have to pay 154 million euros (the outstanding debt owed plus a claw back on some of the haircut given by previous creditors) should it fail to meet its scheduled debt payment of 16mil euros at the end of December 2005, Proton had a tough decision to make.

Proton was told by its newly appointed adviser CSFB that for Agusta to continue surviving, it needed 40 million euros in the near term and up to 66 million euros until Agusta is able to support itself.

“This is clearly beyond Proton's means,'' said Azlan. He said those estimates were based on certain assumptions and if any of those were not met, the amount would have been higher.

Problem to turn Agusta aroundAnother problem the Proton board had to deal with was how to turn around Agusta operationally as the company had lost 120 million euros in the last six years.

“This is a niche product. Average sales were 14,425 units a year over the past six years. The breakeven sales number as computed by CSFB was 43,894,'' said Azlan.

This is not a product that sells like hot cakes. This is a highly specialised product and expensive product. This is the Ferrari of motorbikes. Many people desire a Ferrari but how many people can afford to buy one?'' asked Azlan.

Difficult to restructureAzlan said when Agusta was found to be in a precarious financial position, the initial approach by the Proton board was to see whether Agusta could be restructured.

He said that route was “extremely difficult” because of restrictions such as veto rights and anti-dilution clauses by minority shareholders, and that the previous management was still entrenched in the company.

With creditors overdue and independent directors at Agusta hinting that perhaps Agusta should be wound up as a bankrupt company, Azlan said the only option then left for Proton to extricate itself from Agusta without spending more cash was to sell its stake in Agusta. But it had to sell that stake to a credible party with financial means.

He said six options were deliberated and only one meant no further capital injection by Proton. That option, which involved pledging Proton's stake to Banca Intessa, was shot down by that bank as they felt the Agusta shares were worthless. Bank Intessa was the financier to Agusta.

The Proton board then asked CSFB to find a buyer before the end of December 2005 so that Proton would not have to pay the 16mil euros debt payment and pour in further funds into Agusta.

New buyer foundBy Nov 24, GEVI approached Agusta's management with a proposal to acquire Proton's stake. Azlan said Proton had also obtained a proposal from another company, wishing only to manage Agusta and to take the upside from any recovery but not share the downside risk.

GEVI said it will buy Agusta for one euro and inject 30mil euros in total, with 15mil euros of that as working capital. Proton sold its stake in Agusta to GEVI on March 2, 2006.

With hindsight, Azlan said the vehicle Proton used to acquire the 57.8% stake in Agusta - Proton Capital - was not optimum.

“It was not ring-fenced. Proton Capital was just the conduit that put the money into Agusta. That's why our investment of 70mil euros was exposed. All Proton Capital had was the shares of Agusta instead of acquiring (the assets and liabilities) from Agusta,'' he said.

“Structure is just as important as intention. Nothing has been done post acquisition to realise the intention into reality,'' he added.

“We do not want a recurrence of this. To an extent, the financial loss is damage to Proton,'' he said.

The second lesson from this was the loss opportunity as the amount of money pumped into Agusta - 100 million euros in total - would have been better used at Lotus, which was very much involved in auto manufacturing and engineering.

“They have the capabilities, name and brand. This type of money would be better used in building up that company and the money could have also gone into product development,'' he said.

Better use for moneySyed Zainal said that money lost on Agusta would have enabled Proton to hire engineering companies to develop two platforms for Proton.

“Going forward, we should focus on the real problems, which is coming up with new model variants and strategic alliances. Obviously today, going into this venture would have been a very big drain on our resources both financially and time. Too much time has been spent on Agusta. Lotus should be the real focus point on where to put our energy and resources into as the have styling, design and cars,'' he said.

“Our focus should be on getting back the market share in Malaysia, how to capture the Asean market and deal with the National Automotive Policy.''

Azlan said attempts to communicate Proton's views to Tun Mahathir Mohamad has been made but it has not been able to do so. 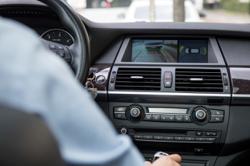