YONCHON (South Korea): A firefight last July at the Korean Demilitarised Zone (DMZ), 10 minutes’ drive from Kang Tae-rang’s brick house, reminded the 62-year-old razor blade maker why he was able to buy his land so cheaply.

Now he is selling, for about double the money he’s put into the forested 50-hectare hill.

South Koreans are starting to think reunification with the communist North is around the corner, rather than nuclear war or invasion, and that is helping to boost property prices all over the peninsula, but particularly in the area around the DMZ.

Plans to move a US army base away from the DMZ, which bisects the Korean peninsula, are increasing the area’s popularity.

“When I bought the land the area was very depressed, very behind the rest of the country, and normal citizens weren’t even allowed to travel in it freely,” said Kang.

“Now, it’s catching up. The infrastructure is getting a lot better and people and companies are less hesitant to build or invest here.

“Instead of a dangerous place, it’s seen as a future centre of unification, so there’s been a lot of interest in my property.”

The brief, contained firefight was one of the rare but periodic exchanges of gunfire that can happen by accident or design, military officials say.

Local estate agents say land prices in the hills between Seoul and the DMZ, 50km away, have jumped 15% since 2001, when then South Korean president Kim Dae-jung held a summit with North Korean leader Kim Jong-il.

That’s less than the entire country, which in the last year alone – a year when North Korea’s suspected nuclear programme has provoked international alarm – has seen property values jump 20%, spurred by plans to build new towns to alleviate congestion in Seoul.

The government has tried to cool the sector by raising property-related taxes and tightening rules on mortgages.

The easing of tensions across the DMZ, the most heavily armed frontier in the world, is attracting foreign investors to South Korea.

Offshore property concerns are chasing Seoul office blocks for region-beating yields of 8% or higher. Yields are at 6% in Australia and Singapore, 4% to 5% in Japan and 3% in Hong Kong.

Investors play down the idea that the high yields include a de facto geopolitical risk premium.

“The perception of risk is higher outside than inside Korea because we’re driven by the US press and talk of the axis of evil,” said Singapore-based Ton de Boer, chief executive of Dutch real estate investment trust Rodamco Asia.

“Sure there’s risk. We watch it very closely but we talk to people in Korea who have lived for 50 years with it.”

De Boer said ING Real Estate, which has put in a bid to buy Rodamco Asia, planned to double the value of its Asian assets to about US$3bil within three years. Most investment would go to South Korea, China and Taiwan where ING Group had insurance businesses needing investment outlets, he said.

Improving transparency in the South Korean property market is adding to the allure for foreign investors, analysts say.

A fledgling market in real estate investment trusts (REITs), which allow landlords to sell shares in buildings to the public, is also drawing investor interest.

“I think internationals realise they can’t compete with domestics if they factor in specific political risk,” said Scott Girard, a senior manager at Jones Lang LaSalle in Seoul.

Girard said the surge of interest in property outside Seoul was unlikely to affect the capital’s office sector, even if a planned relocation of the government to the south of the country went ahead.

The plan to move administrative offices was hatched years ago with one eye on the range of North Korean artillery, but is now pushed as a way to promote economic development. More than a quarter of the country’s 48 million people live in and around Seoul.

“Seoul will still be a major focus for international investment because the stock exchange and chaebols are here,” Girard said, referring to the family-run business conglomerates that dominate the economy.

“I’d be more concerned if Hyundai or Samsung moved out, not the government.” – Reuters 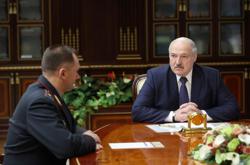