BY K.P. LEE and KATHY FONG

THE game is not over yet for Tan Sri Lim Yan Hai and Tan Sri Amin Shah Omar Shah, the chairman and non-executive director respectively of Malaysian Plantations Bhd (MPlant) whom three substantial shareholders are trying to oust in a fierce boardroom tussle.

Lim and Amin collectively hold 9.05% of the shares in MPlant, which is insufficient to stave off an attack by Chua Ma Yu who is believed to have amassed the support of holders of 42% of the stock. But all parties are standing their ground.

The prize is control over the company that owns Alliance Bank Bhd, one of Malaysia’s 10 anchor banks and the subject of intense speculation over the past two months that Singapore’s Temasek Holdings would become one of its substantial shareholders.

Chua, together with two other parties, Medimetro (M) Sdn Bhd and Jaciz Holdings Ltd, on Wednesday requisitioned for an EGM to be held within two months to vote out six of MPlant's nine directors including Lim and Amin. The other directors targeted are Wu Sor Hwa, Tan Kim Leong, Chin Yoke Chung and Abdul Sani Busu.

The defenders, however, may be ready to go on the offensive. StarBiz has learnt that Lim has spent the past few days in conference with his lawyers to draw up a gameplan to defeat the motion.

An observer familiar with such matters said that even if Chua had bigger support, the situation may be more complicated than meets the eye. “It has happened many times ? The directors being targeted for removal can resort to legal technicalities such as court injunctions, and the battle could drag on for years,” he said.

Sources close to Lim said the seasoned businessman was set to defend his position, who has been chairman of the company since January 2001. “He wants to know the object, why is he being removed?” the source said, citing the Companies Act, 1965.

Chua was quoted as saying on Wednesday that the directors he was seeking to remove “can’t create shareholder value,” and that “I am exercising my rights as a minority shareholder.”

However, MPlant had actually seen strong profit growth after it changed its core activities from stockbroking and property development to financial services three years ago by taking over the enlarged Alliance Bank Bhd.

Also, Rating Agency Malaysia Bhd last August upgraded the bank's long-term general rating to A1 from A2, citing the overall improvement in its asset quality and performance over the past few years.The motion to remove the six MPlant directors also apparently took them by surprise.

One of them, who declined to be named, said: “I was very surprised ? in fact the level of profitability and the share price of the company have improved over the past few years.”

However, a source close to Chua confirmed that the primary source of contention was the proposed stake sale to Temasek.

StarBiz had been told that the directors of MPlant were planning to divest up to 30% in subsidiary Alliance Bank to the Singapore government investment agency in a separate deal.

This was at variance with the plans of some of the major shareholders who were planning to dispose of their shares in MPlant rather than Alliance Bank.

According to the source, some MPlant directors had been in separate talks with Temasek and this proposed divestment of the group’s crown jewel was what Chua objected to, prompting the action on Wednesday.

As Temasek’s office was closed yesterday for the Good Friday holidays, no confirmation could be obtained from the company. Also, Lim, Amin and Chua all did not return phone calls. 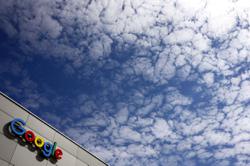 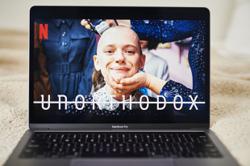