MASKARGO Sdn Bhd, which has seen increased demand for cargo space since the war in Iraq began, plans to expand freight services to Europe. It also sees a 20% increase in air cargo transhipment this year.

Senior general manager J.J. Ong said that as “businesses are going on as usual,” cancellation of passenger flights due to the war had resulted in a surge in demand for transhipment in the region.

The suspension of passenger flights by competitor airlines like Cathay Pacific, Singapore Airlines and Thai Airways due to the war and the severe acute respiratory syndrome (SARS) epidemic had prompted MASkargo to add three more freighter flights to Europe, bringing the total to eight a week. And it plans to have 12 services a week to Europe by July.

“We still have a backlog despite the additional flights,'' he said after a contract renewal signing ceremony with 70 sales agents in Sepang yesterday.

It has about 200 sales agents nationwide.

“The recent addition in the flight frequency by the company alone was quite significant.

“For the first 3 months of 2003, the company recorded 18%-19% growth in cargo transhipments compared with the same period last year,’’ he said.

MAS is among the biggest cargo operators in Europe. Its European hub is at Amsterdam's Schiphol airport, the continent's 4th largest airport and one of the best passenger airports in the world.

Ong said MASkargo was currently looking at the possibility of expanding its freighter service to the US and Shanghai. “In the medium and long term, we are expanding in tandem with our passenger counterparts,'' he added. 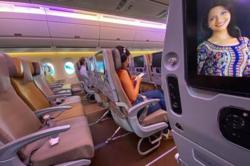 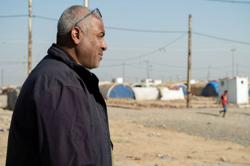