PETROLIAM Nasional Bhd's (Petronas) US$70mil polyvinyl chloride (PVC) joint-venture plant in Vietnam hopes to double its production capacity to 200,000 tonnes per year (MTPA) in the near future from 100,000 initially.

The Phu My Plastics & Chemical Co Ltd (PMPC) plant is also expected to help spur spin-offs in plastics fabrication and end-product manufacturing industries for both the local and export markets, according to a statement from Petronas yesterday.

The plant produces PVC resin of various grades, which are the raw materials for the manufacture of a variety of plastic products.

Petronas said that apart from the spin-offs, the project also involved the transfer of technical expertise to local employees.

Petronas holds 50% equity interest in the joint venture. Its Vietnamese counterpart, Petrovietnam, has a 43% stake, while Tramatsuco, the trading arm of the People’s Committee of Ba Ria-Vung Tau Province owns the remaining 7%.

PMPC general director Kalantar Mastan Mohamed said at the opening ceremony that it was hoped that the joint venture could double its production capacity in the near future to meet the growing demand arising from Vietnam’s rapid economic growth.

According to Petronas, the import substitution project sells about 70% of its output to the domestic market.

The remaining quantity is exported to customers in the region. 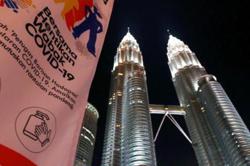 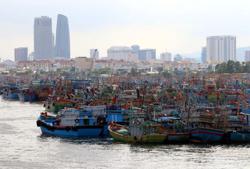