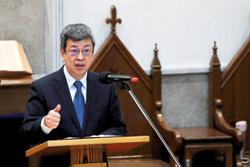 TAIPEI (Bloomberg): Taiwan named former vice president, Chen Chien-jen, as its new premier, replacing the long-serving Su Tseng-chang, in a bid by the ruling Democratic Progressive Party to win back support after a major loss in recent local elections.

The appointment was decided on by President Tsai Ing-wen in a meeting Wednesday (Jan 25) afternoon after Chen agreed to the offer, Presidential Spokesman Xavier Chang said in a Facebook post. The two also discussed major political and public affairs, the post said.

The shift seeks to "stabilise current political status and create a new phase,” according to the post. An official announcement will be made on Friday at a media briefing in Taipei and the new Cabinet will be in place shortly after the Lunar New Year holidays.

Su, the island’s longest-serving premier since its first democratic elections in 1996, tendered his resignation last week. Tsai, whose party suffered heavy losses in local elections in November, is seeking to rekindle support as her party seeks to win an unprecedented third straight term in next year’s presidential vote.

An epidemiologist, Chen had served as Tsai’s vice president during her first term between 2016 and 2020. As head of the Cabinet, the premier will be a pivotal figure ahead of next year’s race. 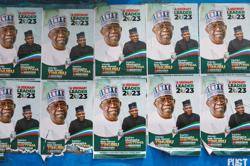 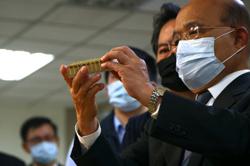