Asean news headlines as at 9pm on Wednesday (Jan 25) Activists from the PETA Asia animal protection organisation lock themselves up during a protest in front of the Ministry of Environment and Forestry in Jakarta on Jan 25, 2023. - The rally opposes civet farms which produce 'kopi luwak' or civet coffee by force-feeding coffee beans to civets before recollecting the beans that come out with the animals' faeces. - AFP

* My comments on Tuan Ibrahim in line with democratic process, says Rafizi in defence statement

* Trends show inflation should go down to between 2% and 3%, says Rafizi

* KJ's Umno status likely to be decided only on Jan 27

* Floods: Close shave for big bikers from S'pore as motorcyles nearly swept away

* Fahmi: PDPA amendments to curb data breaches to be tabled in Parliament by year end

* Rafizi: I'm ready to answer questions on economy, inflation and cost of living

* Thaksin says daughter will announce his return to Thailand this year

* With music and gifts, Philippines welcomes back Chinese tourists

* Over one million tourists travel in Cambodia during Lunar New Year: minister

* Automotive, electronics sectors in Cambodia set to rev up

* One for the record: Divers perform underwater lion dance

* Despite global slowdown, Asia's economies show resilience and growth for 2023 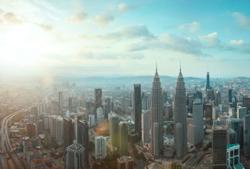