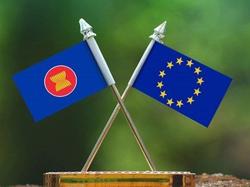 Workers during a shift at a textile manufacturer in Hanoi. — VNA/VNS

HANOI (Vietnam News/Asia News Network): There is still a lot of untapped potential for Vietnamese businesses in the Comprehensive and Progressive Agreement for Trans-Pacific Partnership (CPTPP) three years after it went into effect, said policymakers and industry experts during an online conference in Hanoi on Thursday (Dec 1).

Ngô Chung Khanh, deputy head of the Multilateral Trade Policy Department under the Ministry of Industry and Trade (MoIT), said Vietnamese businesses have been increasingly interested in taking advantage of the trade agreement, the largest of its kind signed by the Southeast Asian country in recent years.

According to a survey conducted by the Department of Vietnam Commerce And Industry (formerly known as the Vietnam Chamber of Commerce and Industry or VCCI), 9 per cent of businesses now said they possess a "deep understanding" of CPTPP, a significant improvement from just over 2 per cent from two years ago.

During the same period, the country's export turnover to CPTPP markets improved significantly, notably to Canada and Mexico. Last year, Vietnam reported a trade surplus of more than US$8 billion with the two mentioned-above countries alone. It has reflected a growing interest among Vietnamese exporters in CPTPP markets.

However, Canada and Mexico could be considered small to medium-sized markets. While growth has been impressive, they only accounted for just under 3 per cent of Việt Nam's total trade with the bloc.

Another issue, according to Khanh, was even traditionally strong Vietnamese export products still struggled to penetrate CPTPP markets.

Dương said the country still relied heavily on raw material import from China (43-45 per cent) and has not been able to clear CPTPP's requirements on product origin, a prerequisite for tariff reduction. He added the underlying issue was a lack of capital investment and industrial infrastructure, which could be attributed to not having enough large consumer markets.

Even those who managed to secure the required investment to expand their operations could not bring production to full throttle. Many said they could only produce at 30-40 per cent of their designed capacity.

Another key issue was CPTPP's high environmental standards, which have proven difficult and costly for Vietnamese businesses to overcome.

"Production is only a part of the equation. What good is profit if our natural resources and living habitat continue to be degraded," Thi said.

"In the long run, it is not sustainable. Input costs will eventually increase as resources dwindle while demand falls as human well-being suffers," Thi said.

He urged businesses to seek out sustainable technologies actively, saying it's no longer an option as consumers in developed markets have become highly conscious of environmental issues, which translates into political pressure to revamp the production model.

In Vietnam-Canada trade alone, since the implementation of CPTPP, Vietnamese businesses reported they could benefit from 24 per cent of the available tariff advantages. 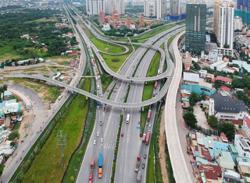 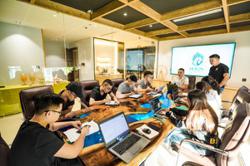